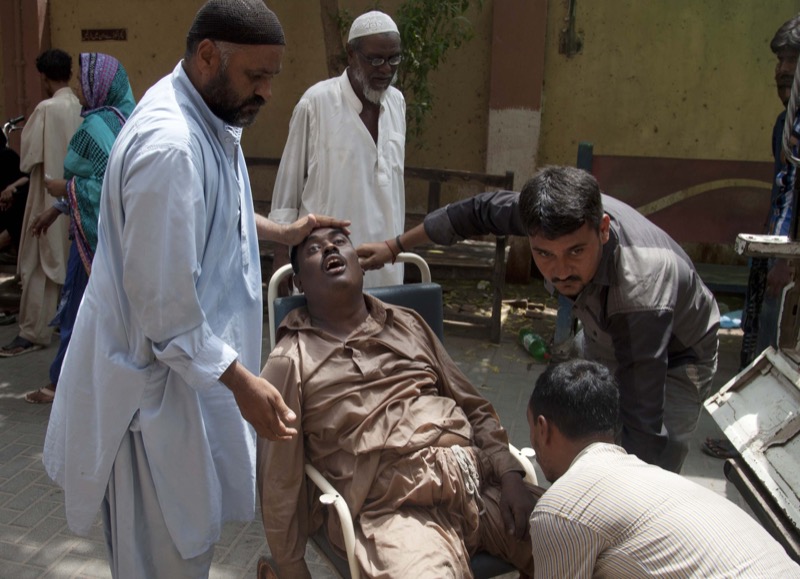 The UK is providing emergency medical treatment to people at risk from a deadly heatwave that has seen temperatures in Pakistan reach as high as 45°C, significantly hotter than the temperature in London today which is expected to reach 24°C.

UK aid is providing relief to up to 30,000 vulnerable people, including children and the elderly, in some of the poorest areas of Karachi, Pakistan, where up to 70 people have already died from heat-related symptoms since mid-May.

UK aid is supporting 30 heat stroke relief camps which are equipped with solar fans, cold drinking water and first aid kits. The camps are also providing spaces for people to keep cool, providing temporary shelters for those at high risk of death or falling critically ill from the extreme temperatures. Specialist medical staff are treating patients with symptoms such as heat exhaustion and heatstroke, which can damage the brain and cause organ failure.

Secretary of State for International Development Penny Mordaunt said: “Our thoughts are with the loved ones of those that have lost lives from these extraordinary temperatures.

“UK aid is working hard to save the lives of the most vulnerable people in some of Pakistan’s poorest communities, including the elderly and new born babies born during this deadly heatwave.

“With temperatures reaching as high as 45°C, our support is providing emergency medical assistance and helping to prevent people falling critically ill in the first place.”

Pakistan is one of the UK’s top development priorities, with around 60 million people in Pakistan living in poverty meaning nearly 1 in 3 of the population are living on less than 80p a day. Camps have been set up in some of the region’s poorest areas, where many face challenges to their everyday lives including power outages and water shortages.

In 2015, where temperatures were similar to those in parts of Pakistan now, over 1,300 people died. Simple measures, such as providing clean water and keeping people cool, can be the difference between life and death.

The heatwaves which came in the holy Muslim month of Ramadhan, increased the risk of dehydration as Muslims fast during the hours of daylight.

UK aid is also supporting the ‘Beat the Heat’ campaign to educate up to 150,000 people about how to reduce the risks of falling critically ill to the high temperatures. The campaign will distribute brochures and posters with important advice in communities, and display banners at prominent locations including bus stops, schools, hospitals and main roads.