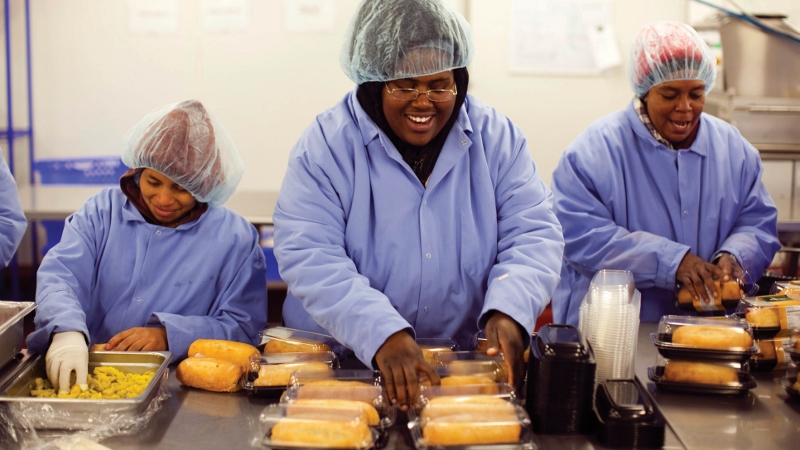 Around 1.7m workers aged 25 and over will see their hourly wage rise by up to 30p to £7.50 today (1 April) due to the Government’s increase in the National Living Wage.

For many workers that means an inflation-busting 4.2% pay rise or just under £600 (38 hour week) extra a year.

Around 200,000 workers aged 21 – 24 will also see their pay increase to £7.05 an hour – the second increase in the National Minimum Wage in six months.
Business Minister Margot James said:“The Government is committed to creating an economy that works for everyone and the rate rises are great news for some of the UK’s lowest paid workers. More than two million workers will receive an above inflation step up in pay, with some set for a £600-a-year pay rise.“Every worker in the UK is entitled to at least the National Minimum Wage or National Living Wage and we are determined that they get it.

“The clear message to everyone is to check your pay, talk to your boss and report underpayment to Acas.”

The pay rise comes after the Government launched its £1.7 million National Minimum Wage and National Living Wage awareness campaign to ensure the UK’s lowest paid workers check they are being paid the correct rates. Recent Government polling showed that only one in seven (13%) people earning under £15,000 check their pay less than every two months – if ever.

Employers have a duty to be aware of and comply with the different legal National Minimum Wage and National Living Wage rates. If workers are concerned they are not being paid the correct rates or if employers need more information about the legal requirements then they can seek advice from Acas.

For more information on the National Minimum Wage and National Living Wage and to report underpayment, visit https://www.gov.uk/checkyourpay or contact Acas for free and impartial advice.

Huff and puff for hearts