An Imam, a Sikh Leader and a community champion lead the way in this year’s honorary doctorates list who were commended this past week as part of Leeds Metropolitan’s summer graduations.

Amongst the total 17 recipients of this year’s awards was Hamara Healthy Living Centre’s Hanif Malik,who was commended for his work in helping to develop the largest ethnic minority organisation in the voluntary and community sector in Leeds.

Mr Malik worked closely with the university earlier this year on a project aimed at improving the health and wellbeing of taxi drivers by supporting them to make positive changes to their diet, exercise and lifestyle.

On receiving his honorary degree, the Leeds resident said he was ‘honoured’ and‘privileged’ to be commended by the educational institution.

“My advice to students graduating today is to aim high and never let people tell you that you can’t achieve your goals because I’d like to think I’ve proven people wrong over the years,” he said.

“Regardless of your background, if you aim high and you’re committed and passionate about what you do, you can get there.

“Leeds Met were involved with the Hamara Centre right from the outset in terms of its development so I think it’s not an exaggeration to say that without the input of theUniversity, we may never have had the Hamara Centre.”

Also accepting his award on the same day was Imam of Leeds Makkah Masjid, Qari Asim MBE. Mr Asim has worked tirelessly to build bridges between communities in Leeds since the 7/7 terror attacks and was awarded an honorary Doctorate of Laws for his contribution to public life.

On receiving his award, he commented: “I am absolutely delighted and incredibly humbled tohave received this prestigious honour from a distinguished institution.

“This honorary Doctorate gives me a renewed sense of purpose to work even harder to enhance community relations.”

Ever since moving to the UK in the 1960’s, Mr Sagoo has been helping to support Sikhs in the city become part of mainstream society.

The 73-year-old grandfather was awarded an Honorary Doctorate for his service to the city and region and contribution to public and voluntary service.

“Initially, I believed the actual degree may have conflicted with my own ideologies so I actually sat on it for a month before I could accept it,” he said.

“I consulted a few people and they all said that I didn’t ask for it, and in fact I was being given it, so I should take it.” 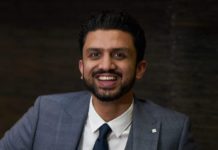