A Brighouse restaurateur was just one of West Yorkshire’s residents who were awarded for their courage at a recent police awards ceremony which commended our everyday heroes.

Ali Kurnaz, 39, from Brighouse, was awarded a Chief Constable’s Commendation after he tackled a would-be-thief following a mile long chase through the town centre.

After seeing a 79-year-old woman ‘wrestled’ to the floor by a man who snatched away her handbag, the local resident took it upon himself to bring the assailant to justice.

“I just remember standing outside the restaurant following the dinner rush and seeing this man struggling with an old lady across the road,” he explained.

“I wasn’t willing to stand for it and so gave chase to him for about a mile through Brighouse before finally tackling him near the canal and calling the police.

“I didn’t do it for a reward but because I believe it is very important that we stand up for people in these situations and show our true colours. The poor woman could have been severely injured the way she was just thrown to the ground and it really made me angry to see it.”

Mr Kurnaz, who runs Meze Restaurant in the town centre, was not present at the awards ceremony but will receive his accolade, a signed certificate from the Chief Constable of West Yorkshire Police, Mark Gilmore, through the post.

He added: “It is obviously nice to be recognised by the police but I have to say it is nicer seeing the lady (who was involved in the attempted theft) walking around, she has even called in here a couple of times.”

As well as Mr Kurnaz, a number of other ‘community champions’ were awarded for their selfless efforts.

In another astonishing act of bravery, Bradford resident, Imran Hussain, followed a vehicle which he had earlier seen hit a pedestrian on Great Horton Road and drive off from the scene.

Finding the car around three miles from the incident, Mr Hussain, a local taxi driver, confronted the three male suspects and demanded they return to the scene of the crime and take responsibility for their actions.

Unfortunately, the injured man died from his injuries but, as a direct consequence of the Bradford resident’s actions, the driver of the offending vehicle was convicted of several offences and received eight years imprisonment.

The awards ceremony was setup to reward members of the public who had gone above and beyond their civic and professional duty, showing courage and heroism in challenging situations.

In total, more than 30 awards were issued out to members of the public and the police force by Mark Gilmore, Chief Constable of West Yorkshire Police and Mark Burns-Williamson, Police and Crime Commissioner. 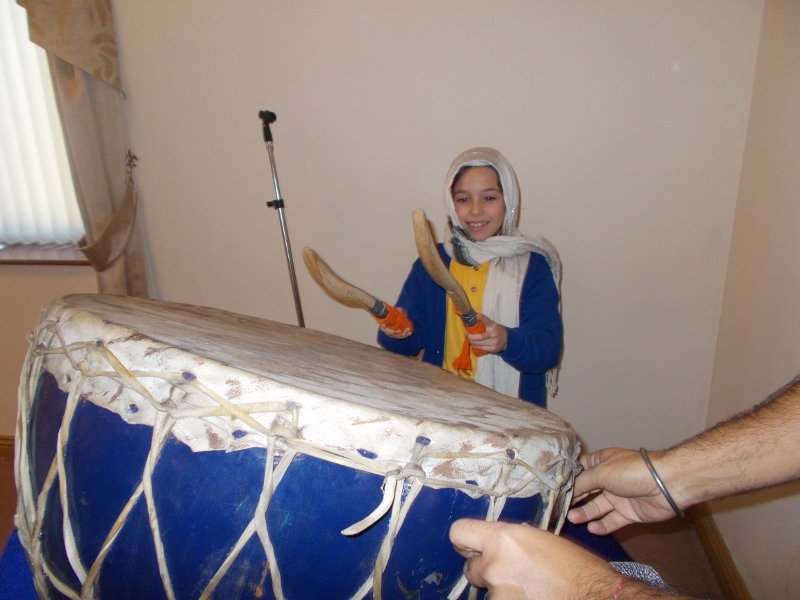 Temple discoveries: Year 4 takes a trip to a Gurdwara to learn more about the Sikh faith

Temple discoveries: Year 4 takes a trip to a Gurdwara...