An image of the fifth Bugatti Legend has appeared online, ahead of its official reveal at the Beijing Motor Show next month.

Known as the Veyron Grand Sport Vitesse Elizabeth Junek, the model serves as the penultimate part of the Legends special edition range.

Dedicated to Czech female racing driver Elizabeth Junek, the Veyron will be limited to just three units – like all models in this special edition line-up.

Bugatti has finished the Elizabeth Junek model with a two-tone black and yellow exterior, in homage to the colours of the racing driver’s car. The alloy wheels and fuel filler cap also wear the same colour combination.

The Grand Sport Vitesse also holds the record for the fastest open-top car with a record-setting top speed of 254mph.

Like the other Legend models, expect the Elizabeth Junek to carry a price tag of around £1.8million.

Previous Legends models have included the Jean Bugatti, dedicated to one of the men responsible for shaping the brand, and the Jean-Pierre Wimille, named after one of Bugatti’s most famous factory drivers.

So far, Bugatti hasn’t had any trouble selling all Legends Edition cars, with most buyers being from the Middle East or USA. 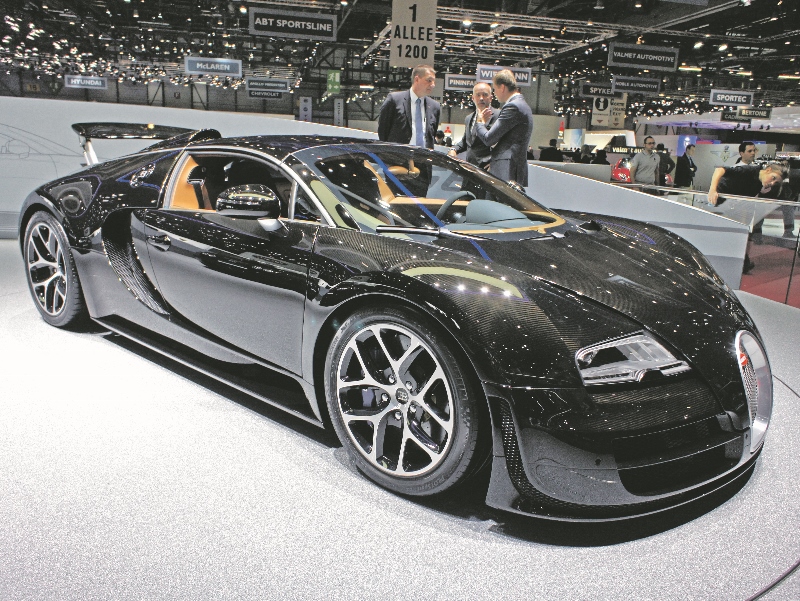