The court heard how she had initially tried to blame Mr Khaira for the crash, claiming he had walked out into the middle of the road.

A law student mistakenly put her foot down on the accelerator instead of the brake when she ploughed into and killed a man while driving her BMW.

Raveena Raizada, 23, lost control of the car on a mini roundabout on Hayes Road, Southall, west London on March 27, 2020.

She hit Manjit Singh Khaira, 59, who was walking up the pavement in the same direction as the car.

A court heard how the street was deserted at the time of the night-time crash, with no other traffic or pedestrians on the road, and it was a ‘cruel twist of fate’ that Mr Khaira was hit.

Raizada, who achieved a first-class degree in business and law at university, admitted causing death by careless driving and appeared at the Old Bailey for sentencing on Tuesday.

The court heard how she had initially tried to blame Mr Khaira for the crash, claiming he had walked out into the middle of the road.

In her first police interview she said: ‘The guy was literally in the middle of the road and I tried to avoid him and I just swerved.’

But CCTV showed this was not the case and her lawyer, Marianna Pasteris, said her client was merely repeating what her passenger had told her had happened and should never have been questioned when she was in a ‘complete state of shock.’

Accident investigators found Raizada lost control of the car and then pressed the wrong pedal, accelerating rather than braking before she hit the victim.

Ms Pasteris stressed Raisada was of good character, had worked since she was 17 and had shown ‘great remorse’ over the incident.

She also said what had happened had had a significant impact on her client’s mental health.

The judge, Mark Dennis, agreed and told the court: ‘This has plainly had a dramatic effect on the defendant’s mental health.

She was also disqualified from driving for a year and must take another test before she can drive again. 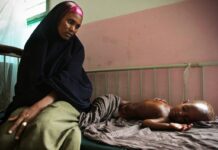