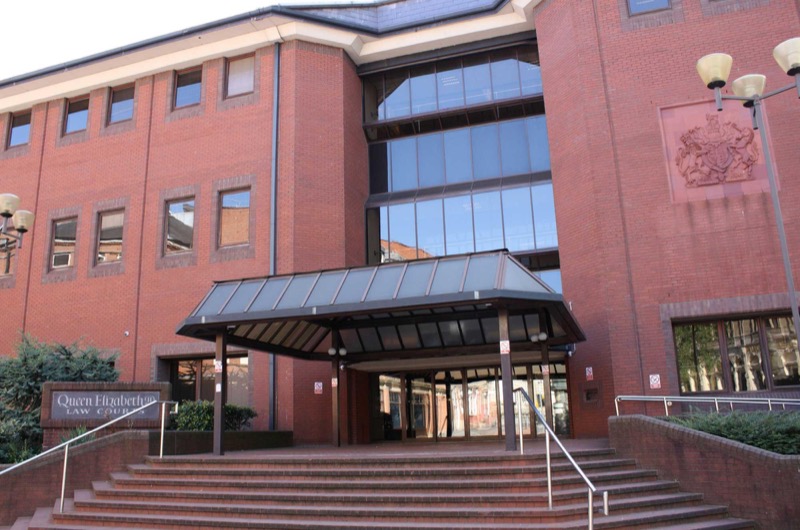 The mother has been jailed for four-and-half years for the forced marriage and perjury charges.

A mother has become the first person in England to be convicted of forcing someone into marriage, after she deceived her daughter into travelling to Pakistan for what she thought was a family holiday.

The Birmingham woman, who is in her 40s but cannot be named for legal reasons, took her daughter there to marry her daughter to a man she had been promised to.

After their arrival, the mother told her daughter that her wedding would be happening within days.

The victim was shown a picture of her future husband – whom she recognised as the man she had been introduced to during a trip to Pakistan when she was 13.

When she protested and threatened to return home, her mother told her she had no choice and it was a ‘cultural matter’.

She threatened to burn the victim’s passport to prevent her ever returning to the UK.

The victim was beaten by her mother and other relatives as punishment for her ‘defiant’ behaviour.

Desperate, she managed to use her mother’s phone to make contact with friends in the UK and explained she was going to be married against her will; she begged them to help her.

Eventually, after days of continuous pressure, she was made to sign a marriage certificate, and was taken to a wedding ceremony.

Alerted by her friends, Birmingham City Council Children’s Services and West Midlands Police asked the victim’s mother to come to the UK.

She came, leaving the victim behind with her new husband, and lied to the High Court under oath, claiming that her daughter had not been married.

When the judge ordered that the victim be returned to the UK, her mother threatened her with black magic, leaving the vulnerable and terrified victim no choice but to lie as well.

Eventually, supported by her friends and other members of her family, the victim found the courage to tell the truth about what had happened to her in Pakistan.

Her mother was arrested and interviewed, and claimed that the marriage had been consensual.

Following a three week trial at Birmingham Crown Court, she was convicted of deceiving her daughter into leaving the country for a forced marriage, forcing her daughter to marry and perjury. She was cleared of perverting the course of justice.

Detective Superintendent Sally Holmes, from the West Midlands Police Public Protection Unit, said: “This has been a very sensitive and complex case to investigate and our priority throughout has been the welfare of the young victim.

“The impact on her has been tremendous, and her bravery in coming forward is extraordinary. Her mother tricked her, lied to her and hit her, leaving her facing no alternative but to go ahead with a wedding she wanted no part of.

“It’s vital that people who are being forced into marriage understand that West Midlands Police will believe and support them.

“Anyone who is considering marrying a person against their will must understand that we will thoroughly investigate any such offences, wherever they take place in the world.

“Specialist Public Protection officers have worked hard to ensure that they did all they could to obtain justice for this victim.

“Protecting the public and helping those in need runs through everything we do, and thankfully that’s exactly what we’ve been able to do in achieving justice in this case.”