Home News “There is a light and energy inside of everyone”: Bradford’s shining example... 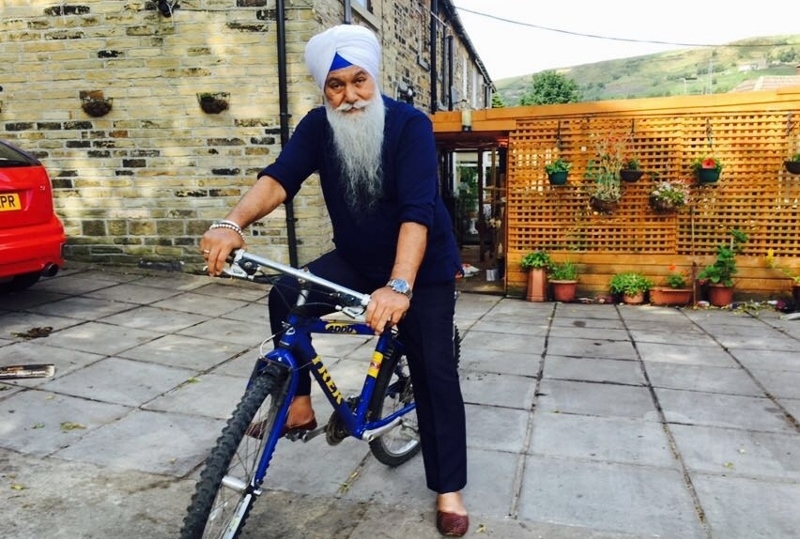 A father of four, a grandfather of seven and a friend of over 5,000 people has passed away in Bradford, much to the shock of the local community.

Rajinder Singh Panesar, known to his family and friends as ‘Halifaxwala’, was 69-years-old when he died.

The dedicated charity hero made a positive impact on whoever he met and was a massive presence on social media.

Born in a small village called Sukruli in northern India, at seven years old Rajinder got the opportunity to go out to Uganda.

He took a fortnight to travel there on a steamboat and it became his home until he was 17-years-old and moved ‘to Halifax of all places’.

A member of the Interfaith Education Centre in Bradford and the Calderdale Interfaith Council in Halifax, Rajinder loved nothing better than to build bridges between different communities.

Joyti Panesar, Rajinder’s eldest son, said:“My dad was a very social guy. He used to say there was a light and energy inside of everyone. He believed you have to get that light to shine a bit brighter, whether you have a faith or none at all. He said he was doing his bit for God.”

Rajinder’s family would describe him as ‘running at 101 miles per hour’ and there wasn’t a minute of the day which wasn’t devoted to helping someone.

Rajinder would fill his days teaching Religious Education to GCSE and A-Level students after a heart-attack meant that he could no longer work as builder.

“He covered the Sikh faith in assemblies. Then he studied further and became a lecturer up and down the country whilst organising school visits at the temple,” Joyti said.

The last couple of years saw Rajinder take on more and more charity work and he was heavily involved with the Boxing Day floods of 2015.

“My dad raised a lot of money through Khalsa Aid, one of his favourite charities. He visited the waterlogged Hebden Bridge area last December and helped to feed and clothe people. He loved to spread humanity.”

“Because of his appearance, people just remember him. There’s not a lot of Sikhs in Halifax. He had a huge beard and turban and because he was not fond of driving, he’d walk around. He stuck out like a sore thumb and he’d spark people’s attention.”

When he finally retired, Rajinder bought a campervan to tour Europe with his wife.

His infectious enthusiasm and life-affirming positivity won him even more friends whilst abroad.

Joyti laughed: “Dad said he had so many friends on Facebook he didn’t know what to do with them all. He just kept collecting more and more people.

“Every morning, he used to help his friends with Sikh scriptures and helped to translate Punjabi prayers. Because some people couldn’t read the words, they’d take a picture of the morning prayer and send it through to him online.”

Joyti continued:“My dad’s heart attack gave him a change of heart, in a way. He said ‘I’ve got a few extra wickets now’ and wanted to smash out as much as he could in the time he had left.”

It was only after his death when Joyti discovered that his father was planning a mission to go out to Iraq in March 2017 with Khalsa Aid.

“I couldn’t believe it when I heard that dad still wanted to give all he could to those less fortunate and was willing to risk his own life by visiting war-torn countries. He really was a remarkable man.”

Now that Rajinder has passed away, his family have kindly asked for friends and family to donate money to Khalsa Aid.

Rajinder’s funeral is on 21st December. His Just Giving page is: www.justgiving.com/fundraising/Halifaxwala