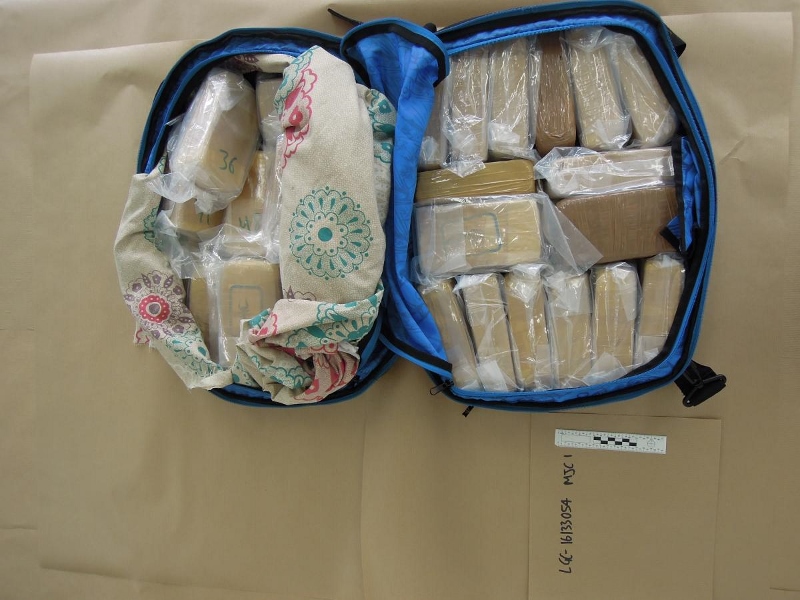 Two Bradford men have been sentenced to over 16 years in prison after a massive drugs bust in the city in June.

Kamran Hanif, 35, of Sewell Road, and Matthew Hurd, 24, of Woodview Terrace, were both arrested on 17th June after an organised police operation.

After officers saw Hanif leave a property on Woodview Terrace and get into a taxi, they acted quickly to arrest him in the vehicle where they found him carrying 15 kg of heroin.

With an average purity of 55 per cent, the Class A drugs had an estimated street value of around £937,500.

Following Hanif’s arrest, officers then returned to the property and saw Hurd running away.

He was later arrested in a nearby public house. Officers then searched the property and found 55kg of mixing agent worth £13,834 and 271g of Cannabis worth £2,810.

Both men admitted, at Bradford Crown Court, a charge of Conspiracy to Supply Class A drugs.

Detective Chief Inspector Warren Stevenson said the lengthy prison sentences handed out to both men should be a warning to other dealers in the city.

“The impact of drug dealing can be devastating, often being the catalyst for other offending and ripping the heart out of communities,” he said.

“I hope that the sentences passed to Hurd and Hanif reassures the public that we continue to be committed to tackling drug dealing across West Yorkshire, as well as a stark warning to those blighting our neighbourhoods by dealing drugs that we will do everything within our power to bring you to justice.”

Anyone concerned about drug dealing in their area are asked to contact their local Neighbourhood Policing Team via 101.