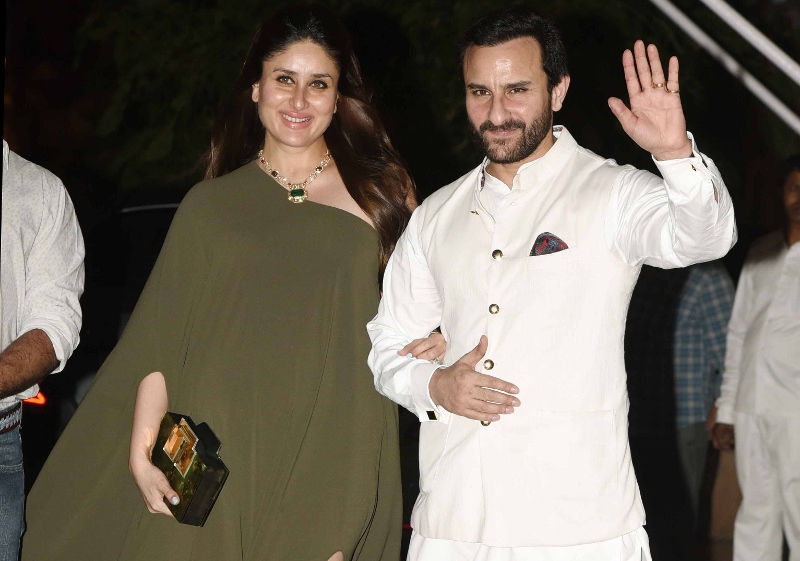 announced the birth of their son in at a Mumbai hospital in a tweet on Tuesday 20th December.

While Taimur Ali Khan Pataudi is the first child of 36-year-old Kareena Kapoor Khan, 46-year-old Saif Ali Khan already has a son and a daughter from his former actress wife, Amrita Singh.

But Saif and Kareena have been under heavy social media criticism for naming their newborn Taimur, as he now shares his name with a barbaric figure from medieval history.

Perhaps it’s because there’s is a lot in a name in a country like India, where the christening of a newborn is a massive occasion. Families are known to carefully choose their child’s name, sometimes even taking into account the alignment of stars and other extra-terrestrial happenings.

And unsurprisingly, India’s obsession with Bollywood celebrities continues to manifest on social media, as they lashed out at the Oxford-educated Saif – who hails from the royal family of Pataudi in northern India, and Kareena – who belongs to the oldest and most illustrious family of Indian cinema, for their carelessness.

The hashtag #Taimur trended on Twitter all of Wednesday 21st December, generated more than 3 million impressions, and still counting.

Taimur Lang or Tamerlane was the founder of the Timurid Empire in 14th century Persia and he continues to live in Indian folklore as a true-blue villain.

He, of Turkish-Mongol ancestry, had invaded the country in 1398 and brought down the Delhi Sultanate. Various historians believe that his military campaigns across Islamic empires in India, Persia, Syria and Ottoman Turkey, led to the slaughter of 17 million people, amounting to nearly 5 percent of the world population.

Taimur is also known to have beheaded his mother at the age of 18.

Much of the criticism came from India’s right-wing commentators whose disgust seemed to stem from the fact that Taimur Ali Khan Pataudi’s parents, Khan and Kapoor, had an inter-religious marriage, still considered an aberration in this part of the world.

And they tweeted out a list of Taimur’s atrocities to remind the couple of their supposed faux pas.

There were others who drew comparisons between Emperor Taimur and Greek invader Alexander, whom history remembers more flatteringly.

Some tried to rationalise – and some added wit and sarcasm.

So, as William Shakespeare in his play Romeo and Juliet proclaimed: “What’s in a name?”, we ask you what you think about one of Bollywood’s most-celebrated celebrity couple naming their child Taimur?