Representatives from a range of Bradford’s faith groups came together just in time for Christmas as they delivered some ‘festive feast’ hampers to homes across the city.

Headed up by the charity, Muslim Hands, the team purchased, packed and distributed the goods, with favourites such as mince pies, Brussels sprouts and warming soups all included.

On the day, Council for Mosques President, Rafiq Sehgal; Bishop of Bradford, the Rt Rev Toby Howarth; Yorkshire Sikh Forum member, Nirmal Singh; and Sofia Buncy, from Muslim Hands, came together to carry out the project.

With recipients of the hampers identified by local refugee and asylum providers, over 25 families were catered for on the day.

Sofia, who was a key orchestrator of the event, explained how the initiative had come about.

“When I came to Bradford about a year ago, I worked closely with the City of Sanctuary group and faith representatives to write up and sign up to a pledge – a ‘Charter of Compassion’,” she said.

“Off the back of that, we have been making hampers for Christmas for refugee and asylum seeker families so they can really celebrate Christmas with dignity, in the sanctuary of their own home.

“We have come together as faith communities and have also been supported by businesses in the city.”

As well as delivering the hampers, the group also spoke with families about what they would be doing to celebrate Christmas this year.

The Rt Rev Toby Howarth said: “I think for me, what’s most interesting, is that this group of people have been doing this work for five years now.

“There’s nothing new about this work, but I feel that we need to tell the story a bit more.

“There is so much negative narrative in the news today making people can get the impression that communities only look after themselves. Muslims look after Muslims, Christians looks after Christians – this isn’t the case.

“I don’t want to sound patronising but I’m really proud of Bradford. It has so much to offer to the country and events like these show what it is like to live well together.”

Following on from the hamper delivery, faith groups will again unite on 25th December to serve up a traditional Christmas Dinner from the Khidmat Centre for elderly members of the city’s Christian community.

It is the fifth year in a row that such an event has been held with Hindus, Sikhs, Christians and Muslims represented on the day to further reinforce Bradford’s message of unity.

Sofia added: “There’s a lot of soul searching going on in our communities at the moment I think.

“Especially after Brexit, people are questioning themselves and other communities.

“When you do something like this, it’s warming. Compassion is the common thread throughout all of our religions and we’re trying to concentrate on the commonalities rather than the differences which divide.” 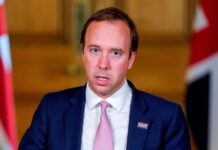 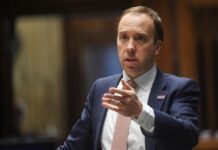 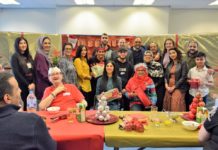