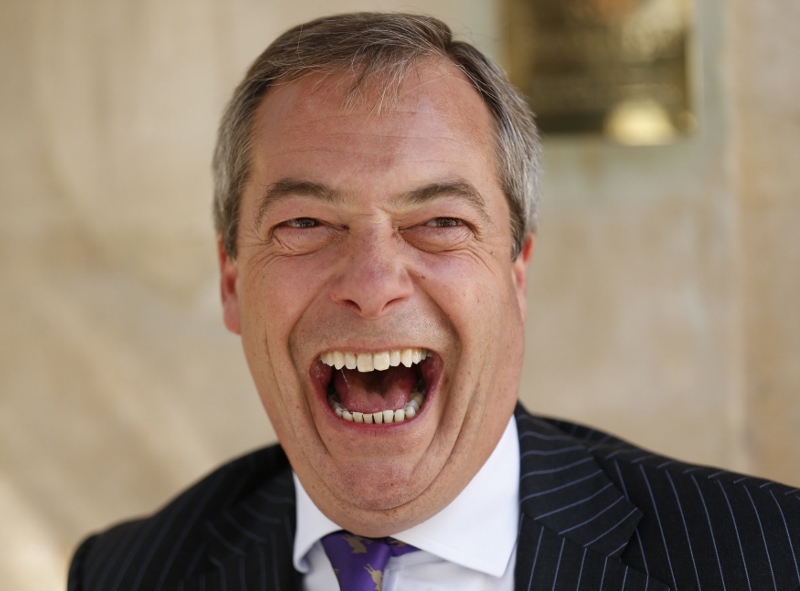 The Electoral Commission has begun an investigation into whether Ukip broke election funding laws by apparently using money from a European parliament group to fund Nigel Farage’s failed attempt to win a Westminster seat, and in the Brexit referendum.

The elections watchdog announced the move in the wake of a ruling by a committee of senior MEPs that a Ukip-dominated group in the European parliament misspent more than €500,000 (£427,000) of taxpayers’ money.

The committee asked the Ukip-controlled Alliance for Direct Democracy in Europe (ADDE) to return €172,655. Officials found the party had breached EU rules by putting money into the 2015 general election and the EU referendum.

A report from the parliament’s finance team concluded the ADDE had funnelled cash into Nigel Farage’s failed attempt to win Thanet South, and opinion polls to test the public mood in the run-up to the EU referendum campaign.

In a statement on Tuesday 22nd November, the Electoral Commission said its investigation into Ukip would seek to discover whether the party “accepted impermissible donations” from the ADDE and its affiliated foundation, the Initiative for Direct Democracy in Europe (IDDE).

The ADDE can legitimately accept EU grants for political work, but they cannot be used for direct or indirect funding of national parties or election candidates, the statement said.

UK election law has strict rules on permissible donations, which must be recorded and checked to ensure they are from a proper source. If they are impermissible they must be returned within 30 days, or the party and its treasurer may have committed an offence. Fines can be up to £20,000 for each offence, and the money in question has to be repaid.

The Electoral Commission statement did not say how long the inquiry would take.

The European parliament report found the ADDE paid for polling in the UK between February and December last year, including pre-election surveys in Thanet South, and other Ukip target seats such as Great Grimsby, Thurrock, Rochester & Strood and Cardiff South & Penarth.

The money was also wrongly used for nine opinion polls ahead of the 2015 election and the EU referendum, the report found.

Notification of the Electoral Commission investigation was sent to to Ukip’s treasurer, John Bickley, who finished second to Labour in the Oldham West and Royston byelection last December.

The investigation centres on the Political Parties, Elections and Referendums Act 2000. Under the part of the act the commission is examining, both a party and its treasurer are guilty of an offence if they have not taken reasonable steps to ensure donations are permissible.