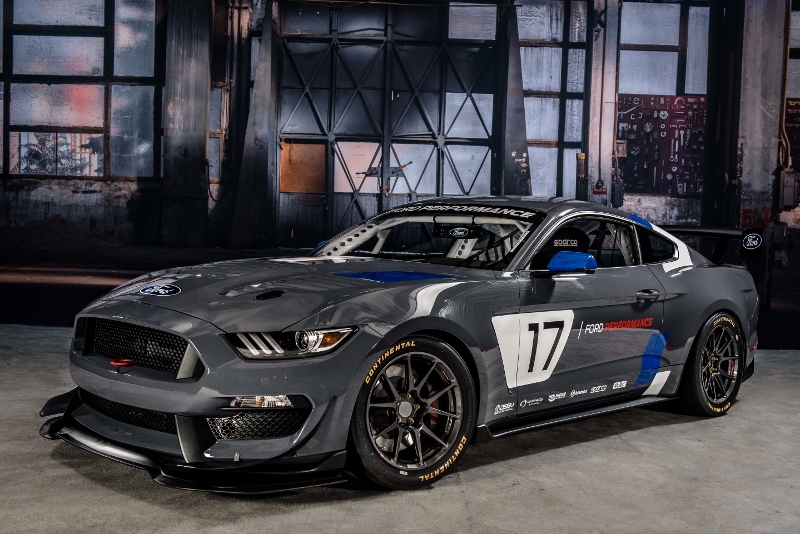 Ford Performance has just taken off the leash from its new beastly, track-ready turnkey Mustang racecar, which is set to compete around the globe

The all-new Mustang GT4, unveiled at the 2016 SEMA Show in Las Vegas, has been designed and engineered jointly by Ford Performance and Multimatic Motorsports to compete in sports car championship racing series globally. This includes the GT4 European Series, which visits Silverstone circuit for the UK leg.

This track-ripper puts Ford head-to-head with competition from Porsche and Aston Martin among others – in a mirror of the hugely popular FIA World Endurance Championship, where the Ford Chip Ganassi Racing Ford GT takes on the Aston Martin Vantage GTE, Porsche 911 RSR and Ferrari 488 GTE

“As the Mustang nameplate continually expands its presence in markets throughout the world, so does our relevant motorsport presence,” explained David Pericak, global director of Ford Performance.

“The Mustang GT4 is equipped to compete and win on tracks around the globe, and we expect it to be as popular with racers as its production sibling is with consumers.”

The Mustang GT4 is equipped with the next generation, naturally aspirated 5.2L V8 racing engine specifically tuned for GT4 competition. The race engine was engineered, validated and built by Ford Performance in partnership with Roush Yates Engines.

On the interior, the Mustang GT4 carries a full FIA-compliant roll cage and race-oriented dash logger from MoTeC.