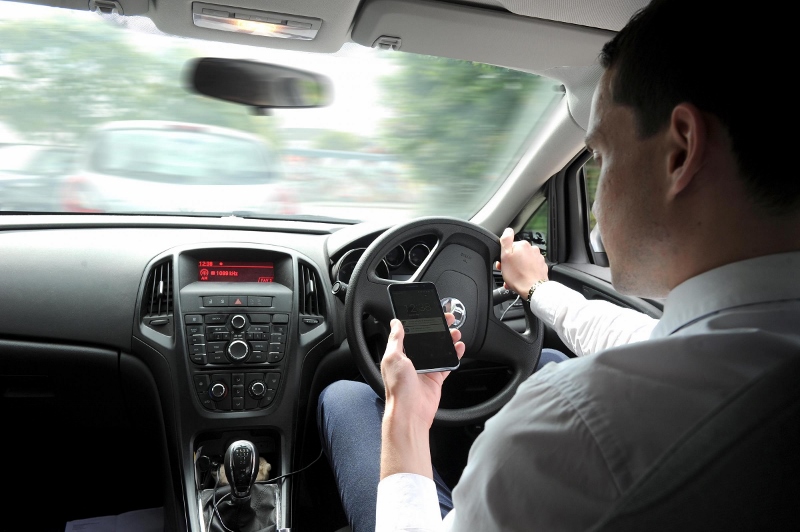 Over 86% of UK motorists think distraction caused by mobile phones has become worse in the last three years. In second place was congestion at 81% reflecting the increasing number of vehicles on our roads as the recession ends.

Of the 2,000 UK drivers surveyed, nearly three quarters believed aggressive driving (72%) had worsened over the last three years, with more than 60% reporting the same for drug-driving.

IAM RoadSmart’s Safety Culture Survey was produced for the first time last year, and looks at UK motorists’ safety attitudes and behaviour and has just been updated for 2016.

The survey asked about the potential car driving problems faced by motorists now compared to three years ago,  perceived threats to personal safety whilst driving, support for potential new regulations  and many other aspects of motoring life in the 2010’s.

Huge numbers of UK drivers believe the dangers of mobile phones and technology are bigger threats than any other factor on the roads.

This was higher than the perceived threat from drink and drug driving. Some 89% of those surveyed felt people driving after drinking alcohol was a threat to their safety compared to 88% who felt that about those who took illegal drugs and then drove.

There is also huge approval for stricter measures to prevent and reduce drivers using mobile technology in cars.

Sarah Sillars, IAM RoadSmart chief executive officer, said: “The worries and concerns of Britain’s 32 million drivers should be listened to.  Whilst we can all take more responsibility for our actions it is clear that distraction and congestion are the two biggest bug bears for drivers today.

“New road building and smart motorways will help with congestion but our survey has shown that UK motorists have real concerns about the way mobile phone technology could be a threat to their safety. More than 90% say checking social media, texting and talking on mobile phones whilst driving scares them – these are figures that cannot be ignored.

“It is important that Government, road safety bodies and car makers work together to allay the fear caused by distracted drivers. Recent tragic high profile cases – underline the need for a combination of education, safe design and enforcement to make sure that the high-tech benefits of our modern cars do not prove a threat to safety of all road users.”

Cameron bows out of Downing Street: Looking back at memories of...