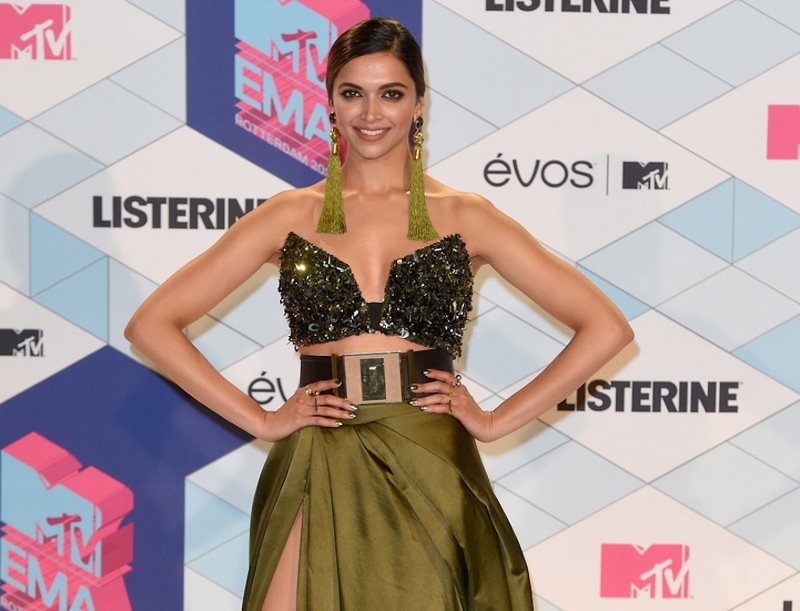 Deepika Padukone’s military green look at the MTV Europe Music Awards (EMA) 2016 has been tagged as a “Bollywood blunder” by international publications.

Daily Mail, which had referred to Deepika as the “female companion” of tennis star Novak Djokovic earlier this year, featured the Hindi film star among the ‘Worst Dressed Celebs’ of MTV EMAs, and tagged her as a “Bollywood Blunder”.

Posting an image of the actress, the publication described the look: “Indian actress Deepika Padukone may be stunning but her swamp green bralet and skirt combo did nothing for her sensational figure.”

The Mirror, stated: “Indian film actress Deepika Padukone posed on the red carpet in what looked like a pair of giant dark green curtains as a skirt, a black sparkling bralet and huge chandelier earrings.”

Deepika is among the top young stars of Hindi cinema, having proved her mettle on the silver screen with myriad roles in films like ‘Yeh Jawaani Hai Deewani’, ‘Chennai Express’, ‘Cocktail’, ‘Bajirao Mastani’ and ‘Piku.

Jaising posted Deepika’s image on Instagram and captioned it: “Military green is a functional and strong colour. It has a tough, almost androgynous appeal for all of those women warriors out there! Deepika is unstoppable, fit and fierce; making a perfect muse for my Artemisia Gown. I’m thrilled to collaboratively envision with Shaleena Nathani, and create this very special piece for Deepika Padukone for the EMAs.”

There’s a strong buzz amongst Bollywood lovers about Deepika’s Hollywood foray. The trailer of the film was released on Facebook Live and reached 100 million views across multiple platforms in two days.

The film’s Facebook engagement started with exclusive teasers being launched via the cast members’ own handles to their global fan bases along with exclusive character posters.

A Paramount Pictures movie, it will be exclusively distributed in India by Viacom18 Motion Pictures on January 20, 2017.