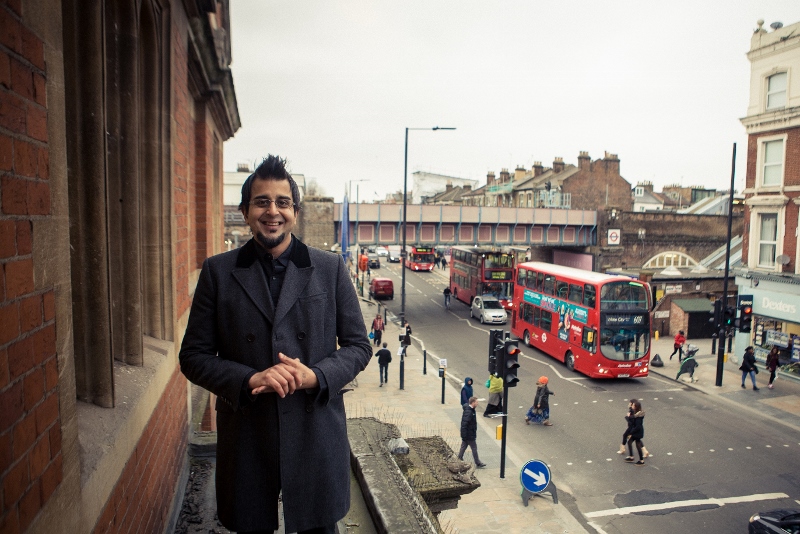 In March 2017, following a landmark year taking plays into the communities of West London, the Bush Theatre will return home following a £4.3m revitalisation of the venue.

The year-long redevelopment has been driven by the aim of realising Artistic Director Madani Younis’ vision for a theatre that reflects the diversity and vibrancy of London today.

The Bush Theatre strives to create a space, which nurtures, develops and showcases the best of new artists and their work; reflects the local, national and international communities and encourages the diversification of artists and artistic leadership in the UK.

In its first season back at the Bush, 50 per cent of the programme comes from Black, Asian, Minority Ethnic and Refugee (BAMER) writers.

This news comes hot on the heels of the announcement of Up Next – a two-year programme to champion the next generation of BAMER artists, funded by Arts Council England’s Sustained Theatres fund.

Madani Younis comments: “With the global political context shifting, and the emergence of pervasive right-wing politics, it’s more important than ever that artists and theatres agitate as well as entertain.

“With the redevelopment of our building, we are proud to be able to embrace new voices who will breathe life into this remarkable building. It’s their stories of joy, love, anger and (most of all) hope that will inspire a new generation of audiences.”

March 2016 marked the beginning of a major redevelopment of the Bush Theatre, led by architects Howarth Tompkins.

Upon reopening, the building will be more sustainable and entirely accessible, with a new entrance, front-of-house area and exterior garden terrace to the main street. This sees a significant growth for the Bush since moving from above the pub on Shepherd’s Bush Green in 2011 – which will see audience grow from 16,000 to a projected 60,000 in just six years. This will also see the programme increase by over 60% and the number of artists increase by over 50%.

From April to November 2017, the Bush Theatre will present three new commissions, three world premieres, two European premieres and one production that will tour nationally.

Alongside this, the Bush is announcing the first season of work in its new space, the Studio. This 70-seat theatre will serve to increase the artistic output of the Bush Theatre, and provide a new generation of emerging writers and artists with a flexible, intimate space to create and showcase the best in new writing. The first season will feature three world premieres.

Younis adds: “Our aim is to use this to help us better reflect the diversity and vibrancy of work of our city.

“It’s refreshing that this season of six plays includes emerging and established artists from a variety of backgrounds and cultures. But diversifying the audience is as important, and to support this, I’m delighted that at least 20% of the tickets in this season will be available for just £10, largely thanks to our new Count Me In ticket.”

Ahead of the first production, the new Bush Theatre will be launched in March 2017 by a week-long celebration under the banner Making Space. Making Space reflects the Bush’s wider ambition for the future. For just over a week, the theatre’s doors will be open with a free programme of events for local residents.