A trio of respected faith leaders from across the UK continued on their ‘peace road trip’ earlier this month in an attempt to address the growing issues of young people becoming radicalised in the UK.

With events taking place throughout the country, the group are aiming to raise awareness on how the actions which Daesh endorse are not allowed true to Islam, nor do they represent the true beliefs of Muslims.

Mohammad Shahid, from the Suffah Foundation, explained how important he believed the roadshow was for the benefit of all young people.

“It is apparent that the murderers and attackers, involved with these extremist groups, do not follow any particular faith since no faith, in particular Islam, endorses taking of innocent lives and causing corruption in the land,” he said.

“It is sometimes alleged that Daesh are Sunnis; but Daesh are not Sunnis. They do not believe in the fundamentals and Aqaid of Sunni Islam. They are simply Khawarij (‘those who went out’ the fold of Islam).

“The evidence shows that individuals who commit terrorist acts are neither inspired by Sunni scholars, nor do they belong to Sunni madrasahs.

“We Muslims, people of faith and no faith need to remain united against the modern-day terrorists to achieve peace in our time.”

Following events across Yorkshire and further afield, the roadshow pulled up in Warrington last week and was attended by a mixed audience that included a number of local Councillors, Police force and the Mayor of Warrington –Faisal Rashid.

As well as discussing false ideologies, the group of panellists also addressed the issue of online grooming.

He said: “The Internet, in particular social media, is being used as a channel, not only to promote and engage, but also act as a command structure.

“Often this promotion glorifies violence, attracting and influencing many people including children and in extreme cases radicalising them.”

Shaykh Umar went onto emphasise that parents in particular need to be vigilant about the activities their children are doing online; which videos do they watch; whose speeches do they listen to; who do they hang out with; and who are their friends.

The event concluded with a question and answer session where the local Councillors that were present asked numerous questions and in particular the worrying rise of Islamophobia and hate crime was discussed. 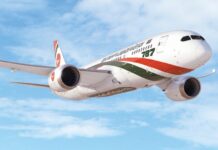