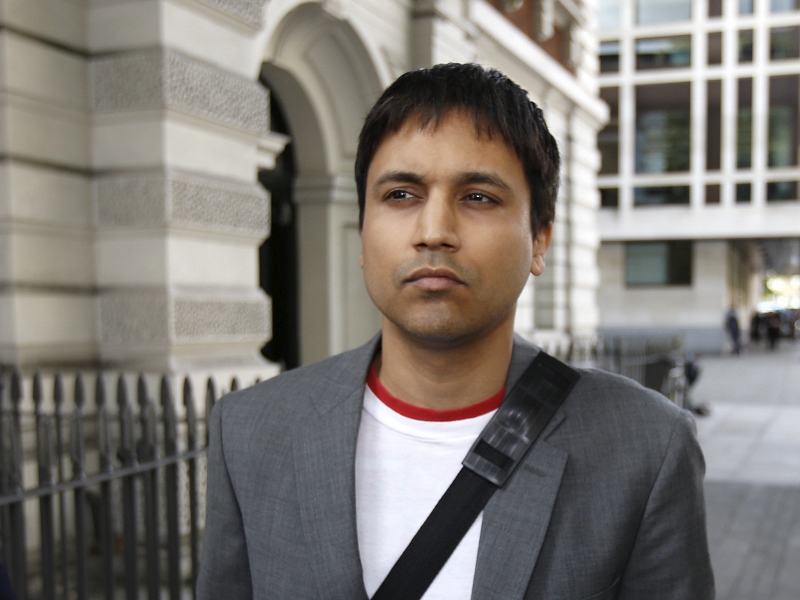 A London-based trader accused of contributing to the 2010 Wall Street “flash crash” by placing bogus orders to spoof the market lost his legal bid to stop extradition on Friday 14th October and will now be sent to the United States to face trial.

Navinder Sarao, 37, who traded on the Chicago Mercantile Exchange (CME) from his parents’ home near Heathrow airport, is wanted by the U.S. authorities on 22 criminal counts of wire fraud, commodities fraud and market manipulation.

He has denied any wrongdoing and in his only public comment said he was just good at his job.

A judge initially approved his extradition in March, and on Friday his bid to launch an appeal against that decision was rejected, ending his 18-month legal fight. He will now be extradited within 28 days.

U.S. authorities say Sarao used a modified computer programme to “spoof” markets by generating large sell orders that pushed down prices. He then cancelled those trades and bought the contracts at the lower prices, reaping a roughly $40 million profit.

They say his actions contributed to market instability which led to the 6th May 2010 flash crash when the Dow Jones Industrial Average briefly plunged more than 1,000 points, temporarily wiping out nearly $1 trillion in market value.

Sarao’s lawyers have argued that experts have ruled out his actions as being responsible for the flash crash, and in his ruling in March, judge Quentin Purdy also cast doubt on the role the trader is alleged to have played.

However, Purdy added the flash crash was just one of the 400 trading days referred to by U.S. prosecutors when Sarao was said to have been spoofing the market.

If found guilty, the maximum U.S. sentences for the charges he faces amount to more than 350 years in prison.