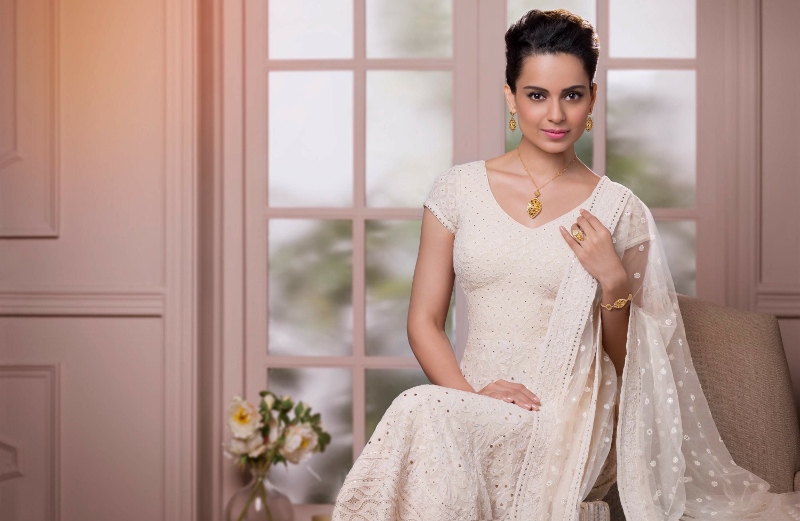 Her journey from being a girl from a small village with starry dreams to becoming Bollywood’s “Queen” has been full of twists and turns. Actress Kangana Ranaut, who has faced comments on her figure, her accent or even her brutal honesty, says “everybody, every shape or size” has their time of being celebrated like a trend.

“There are seasons and reasons when curves are celebrated. Then something changes, on maybe the French runway, and it goes back to being a hanger. So, I think these things are just like a trend… everybody, every shape or size are celebrated like a trend or like a season,” Kangana says.

However, she finds this itself is immature “to treat a body form like a passing season”.

“I think the important thing is that what is universal, is celebrated and then everybody’s individuality is celebrated,” adds the actress.

Coming from a village near Manali, Kangana entered tinsel town with no starry connection, and went ahead to make a place for herself in Bollywood. She proved her talent and versatility with films like ‘Gangster’, ‘Woh Lamhe’, ‘Life In A… Metro’, ‘Tanu Weds Manu’ and ‘Fashion’.

While she hit the right notes with her talent, Kangana was ridiculed for her accent, derided for her fashion sense and censured for her honesty.

The actress adds: “You cannot be what you don’t want to be.

“If people are telling you something that you don’t identify with, I think we must realise who we are,” she said.

Kangana is glad with the ongoing discussions around her body shaming as she says “it will help women and men identify whenever their confidence is attacked like that”.

She thinks body shaming is just an act to make people feel less than who they are.

“It really has nothing to do with visual appeal. If you see in our entertainment industry, there is a variety of filmmakers who are tall, curvy to extremely skinny – they are all celebrated figures in all colours, shapes and sizes.

“So most definitely, attraction is not limited to a certain vital stats,” said the actress, who has been in news for her murky legal battle with actor Hrithik Roshan over their alleged affair.

Kangana also pointed out that body shaming not only plays with people’s minds, but also robs them of their confidence.

“It is very important. I think more important than it appears to be… I think we are talking about it and we don’t realise that these small things rob women and men of their confidence,” she said.

If one talks about her career, Kangana’s report card is not just embedded with hits. She had a few flops with films like ‘Game’,

But for Kangana, the whole Bollywood game changed with the release of ‘Queen’ which she followed up with a double blast via ‘Tanu Weds Manu Returns’.

She is now working on ‘Simran’. There are also reports that she might star in Sanjay Leela Bhansali’s next film, which also stars Shah Rukh Khan.

With things going hunky dory for her, there is just one thing that Kangana complains about.

“What I am not comfortable with is when you rise to a position how you are attacked from all corners – by jealous actresses, PR and people who can’t see you successful.

“And these manipulation happens mostly through PR. I can’t come to terms with this because I really cannot figure how people invest their resources to be a mischief maker in others’ life,” she said and concluded by saying: “We can do without all the mess.”

Alia Bhatt & Ranbir Kapoor in their first film together