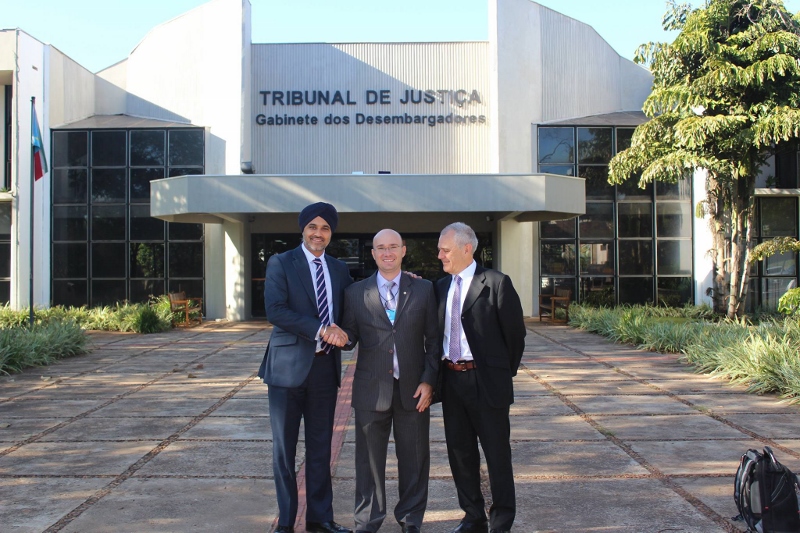 Until relatively recently, the idea of Foster Care in Brazil and Latin America was inconceivable. Abandoned and orphaned children were cared for exclusively in children’s homes and institutions. However, the tide has now turned, and Federal Government policy dictates that States must look to implement Foster Care programmes: and they are looking to experts in Yorkshire to help them do it.

Switalskis Director and Child Care Solicitor Advocate Ranjit Uppal, travelled to Brazil at the beginning of September with children’s charity SFAC (Substitute Families for Abandoned Children). Ranjit was asked by the charity to deliver training as part of its ongoing work in Brazil to help deliver and promote foster care programmes.

SFAC, a Yorkshire based charity, aims to change the way governments and communities approach childcare around the world. It was founded in 2002 by the Director, Michael Pease a former coal-miner who retrained to become a social worker. SFAC works alongside other experts helping a broad range of organisations establish new ways of working to ensure the best possible care for vulnerable children.

450 delegates, including Judges, lawyers, social workers and psychologists attended the 2 day conference at the Supreme Court in Campo Grande, Mato Gross do Sol. All of them were keen to learn as much as possible about the UK’s approach to foster care.

Ranjit, who has recently been shortlisted as Solicitor Advocate of the Year at the 2016 Law Society Excellence Awards, said of the visit: “It has been a privilege to travel to Brazil to share my knowledge and experiences with so many professionals, all of whom want the best outcomes for the children they work with. Bringing about a change of approach and attitude in a country that is socially and culturally complex is both challenging and rewarding. I look forward to returning in 2017 to see the impact of the planned changes.”

Ranjit is no stranger to training people abroad. In 2014 he travelled to Uganda to meet with Supreme Court Judges and officials in national government on behalf of ROLE UK to develop training on child protection and international adoption.

Taking music to India: Beat of the drum echoed around the...

What a champion! 84-year-old former Leeds GP awarded MBE for his...