The Great British Bake Off (GBBO) has announced that it will be moving to Channel 4 after a last-ditch meeting on Monday with the BBC proved the world’s oldest national broadcasting organisation couldn’t afford to keep them on.

With five million viewers under the age of 34, GBBO will no doubt entice advertisers at its new home which will air the next series in 2017.

The BBC fell £10 million short of the amount of money required to keep the hit baking show.

The corporation is thought to have offered £15m per year to keep the programme on the BBC but Love Productions, who make the show, refused to entertain any offers below £25 million per year.

A spokesman for Channel 4 said: “We have no plans to change the incredibly successful format of the show which is much loved by viewers.”

Richard McKerrow, Love Productions’ creative director, said the firm had found ‘the perfect new home for Bake Off’ at Channel 4.

Presenters Mel Perkins and Sue Giedroyc are ‘not following the dough’ and new hosts are to be lined up.

They said in a statement: “We made no secret of our desire for the show to remain where it was… we’re not going with the dough.”

GBBO was 2015’s most-watched programme, with 15.1 million viewers for the final, according to figures which include catch-up viewing.

Twitter has been in uproar about the move. David Barnes @DRB said: “In its greed, Love Productions has killed its golden goose and left C4 with a turkey.”

Esme ‏@esmetodd  said: “Mel and Sue dropping out of bake off is the first step towards a ruined show.”

Charlotte Spruzen ‏@_spruzie  said: “Oh dear god, what if Bake Off is on ITV and they replace Mel and Sue with Ant and Dec??? Forget cake, I’d be putting my head in the oven.”

The seventh series is currently being shown on BBC One on Wednesday evenings. Over 10 million viewers tuned in for the opening episode.

The format has been sold to broadcasters around the world, with France, Brazil, Australia, Ukraine, Denmark, India and Turkey all showing their own versions of the show. 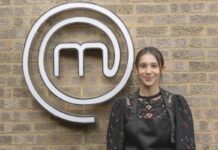 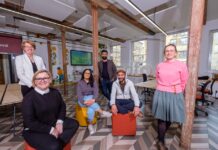 BBC One show needs you