The first of four televised debates between Hilary Clinton and Donald Trump was streamed around the world earlier this week, as the race for the Presidential hot seat heated up in the States.

It was a showdown of the lawyer and the businessman, with two very different characters taking to the stage and watched by an estimated 100 million people around the world.

Clinton’s political background and her career in the courts served her well as she handled many questions with prowess and Trump was, at times, more animated than his rival.

He labelled the Democratic nominee as ‘lacking stamina’ for the role of President, to which his opponent replied: “As soon as he travels to 112 countries and negotiates a peace deal, a ceasefire, a release of dissidents, an opening of new opportunities in nations around the world or even spends 11 hours testifying in front of a congressional committee, he can talk to me about stamina.”

Clinton questioned Trump’s record on sexist comments, his labelling of climate change as a ‘Chinese hoax’ and for not disclosing his tax returns – the latter topic resulted in a retort from Trump with questions about Clinton’s private email set-up when she was Secretary of State.

All in all, the two candidates came head-to-head for the first time on this campaign rally and set the fuses alight, with some minor sparks and bangs.

The biggest question now is… which one of them will shine like a firework display on 4th July and which one will blow their lid? 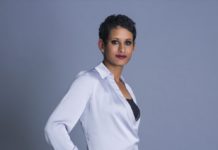