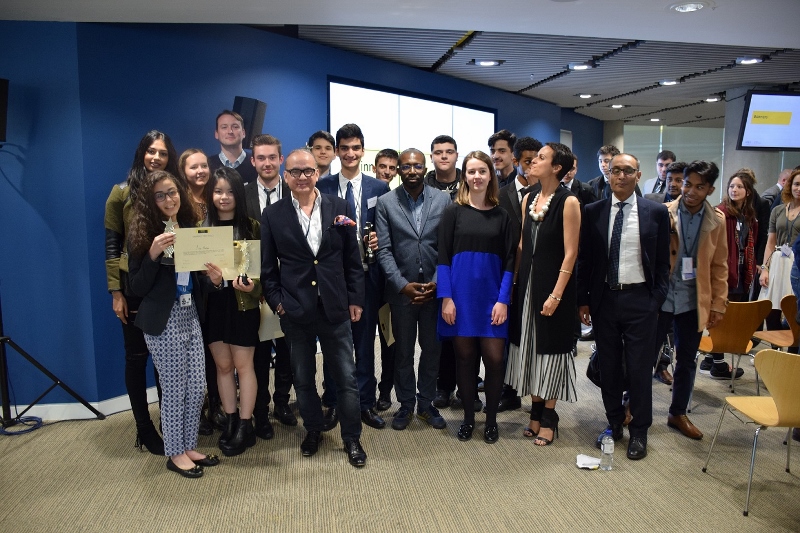 A Rio inspired T-shirt designed by a group of pupils from four secondary schools and two other organisations across London is now being sold in Marks & Spencer stores and online.

The students won a special competition earlier this year organised by M&S and Mosaic, HRH The Prince of Wales’ mentoring charity, which is part of The Prince’s Trust, to win the chance to design and market a T-shirt aimed at 5-16 year olds.

Adam Elman, Head of Global Delivery for Plan A at M&S said: “At M&S we’re committed to working with the local communities we serve and it was great to welcome the pupils into our London office.  We were hugely impressed by both the quality of the ideas and the work ethic shown by all of the students. They had a tough brief with a very short deadline and all of the teams delivered a fantastic product idea and pitch.”

Jonathan Freeman, Managing Director of Mosaic, added: “This was an exciting opportunity for an enthusiastic group of young people and, as ever with young people, they proved themselves to be talented, organised and determined. The winning t-shirt design is superb but all those taking part acquitted themselves with style. Thanks to M&S for their energy and support in making this project a reality.”