Bringing delicacies of the world to the centre of the town, the event was warmly received by all who ventured down, including the Mayor of Bolton Cllr Lynda Byrne, who cut the ribbon to kick off the festivities.

Alongside the selection of spicy treats, crowds were entertained by dance acts, activities and even a human fruit machine.

Labelling the day a ‘great success’ she added: “To see over 300 people turnout on the day was a fantastic achievement and the feedback we received was really good.

“The community really got behind the event with people of all backgrounds coming down to try out the range of foods on offer and join in the fun.”

The community centre behind the project caters for mostly over-50s with funds raised from the day going to Bolton Hindus’ Age Inspiration.

The site provides a space for Bolton’s older Hindu community to socialise with events also held throughout the month.

Ila said: “This place is very important to so many people as it gives members a chance to get out of the house and meet with friends.

“The money raised from the food festival will go towards ensuring we can continue to provide the services we do.”

She added: “A big thank you goes out to all the volunteers who made the festival possible and to those who came down on the day.” 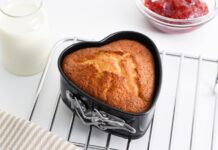 Beautiful Bakeware: So, you decide to replace one or two things in your kitchen, but hold on & check out these first…