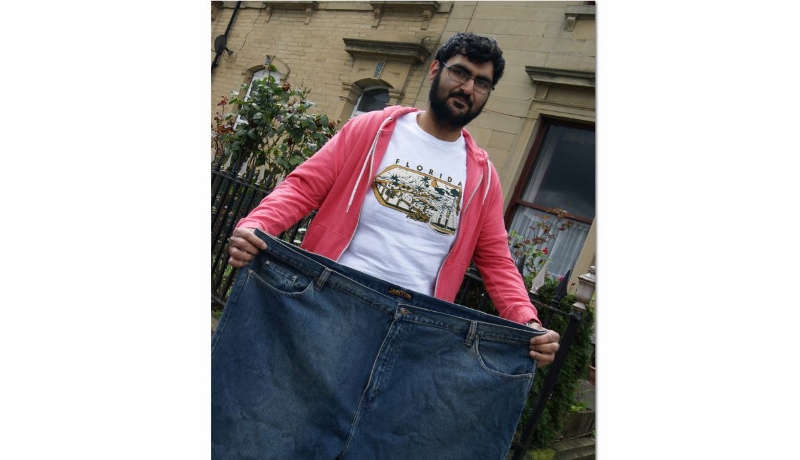 A Huddersfield man, who lost over 13 stones during his fight with obesity, is now appealing for help in raising funds to tackle the problem of his excess skin.

Mental health worker Manpreet Singh, 25, ballooned to 28st 10lbs at his heaviest four years ago when he took the decision to begin losing the pounds in pursuit of a ‘normal life’.

Today, he weighs in at around 15st 10lbs and has swapped the size 58 trousers for a more comfortable waistline of 36 inches, whilst the XXXXXL jumpers have also been thrown out.

Despite achieving such an inspirational weight loss, Manpreet has been left with the weighty issue of his sagging waistline.

After his application to have body contour surgery through the NHS was declined, Manpreet decided to set up his own fundraising campaign.

Aiming to raise £9,000 he said: “At first I thought it was just how I was losing fat, but it turned out to be excess skin.

“Over the last year it has become very noticeable and now I am trying to raise the money to have it surgically removed.

“I have put down the fundraising target of £9,000 as that is the cost to do the stomach alone and that is where most of the excess skin is. For my whole body I have been quoted £20,000.”

Manpreet’s decision to begin shedding weight came after noticing the impact that his size was beginning to have on his health.

Through his own dieting methods and workout regimes, he managed to reach target after target and is still working towards living a healthier life.

“There is a horrible stigma attached to being a fat person and everywhere you go people are shamed for being fat,” he said. “That certainly contributed to it for me but also at a certain weight it does start to affect your health.

“I guess at the end of the day, I just wanted to feel fitter and healthier. I wanted to fit into normal sized clothes.”

During his mammoth weight loss, Manpreet has battled mental health issues including eating disorders and had to fight depression.

He has documented much of this in an online blog, and hopes it can help others who are going through similar things.

“Depression and mental health is still a lingering issue for me but the blog has been really helpful in helping me deal with some of the biggest challenges I have had to face,” he added.

“I hope it can help tackle some of the stigmas attached to mental health and obesity. There is a lot of taboo around these subjects and it needs exposing.”

If you would like to donate to Manpreet’s surgery fund, please visit www.gofundme.com/manpreetsingh

Likewise, his blog can be read at www.manpreetsmusings.wordpress.com 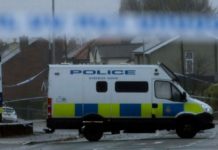 GOING DOWN: Satnam heads to the skies for charity