Research from Save the Children has revealed that boys are nearly twice as likely as girls to have ‘fallen behind’ by the time they start school.

The children’s charity has projected that if the results of the past 10 years are repeated then nearly 1 million boys will be at risk over the next decade, unless quality early years education is put in place across England.

Newly commissioned research from the University of Bristol, ‘The Lost Boys: How boys are falling behind in their early years’ has found that being behind on the first day of school is often an indicator that these boys will stay behind, potentially for life.

Nowhere in England are boys outperforming girls in early language skills, or even coming close.

In Manchester, 33 per cent of boys have not met the standard, compared to Richmond upon Thames where only 11 per cent haven’t.

While this underperformance is an issue for all boys across all ethnicities and social groups, it is boys in poverty who are falling the furthest behind.

The stark reality is that a staggering 40 per cent of the poorest five-year-old boys are falling below the expected standard in early language and communication.

The report reveals that those already behind at five-years-old are four times more likely to fall below expected standards of reading by the end of primary school than those who started school on track.

Gareth Jenkins, Director of UK Poverty, Save the Children said: “Every child deserves the best start in life. But in England, too many children, especially boys, are slipping under the radar without the support they need to reach their potential.

“They’re falling behind before they even get to school and that puts their life chances at risk. In 2016, this is unacceptable. A whole generation of boys is being failed” 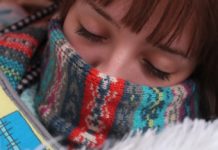