A successful scheme, which has given primary school children a first-hand insight into life in the police and fire services, is set to be spread across the Wakefield district.

The CHOICE (Children Have Options Imagination Challenge Experience) programme saw children engage with a number of local authorities as they were given the chance to see what future careers could be in store after school.

Visits to police stations and courts, opportunities to wield fire hoses and perform a fire drill, and learn about health have all be on the cards for youngsters who have recently graduated from the South East-based CHOICE programme.

The 30 week course began in October 2015 for children aged 9-11 in schools across Pontefract and was intended to give a helping hand to pupils who were in need of an extra goal.

PC Charlie Banks of Wakefield District Police, who has spearheaded the programme, said: “The point of CHOICE has been to help children who are basically good but who have not for some reason, whether it be lack of confidence or minor behavioural issues, quite achieved their potential.

“Our aim has been to shave off those corners which have been holding them back, to help them move along.”

He added: “Everyone involved in CHOICE has been really pleased with the success it has had and we are all pleased to see something which works, spread out to help other young people in the wider Wakefield District.

“The kids who I have seen and continue to work with in Knottingley have shown some great progress. I say to one or two, ‘when you compare where you are now to where you were two years ago before we started the programme, the change is amazing’.” 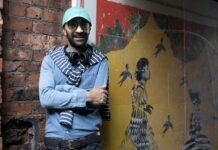 Taking music to India: Beat of the drum echoed around the...