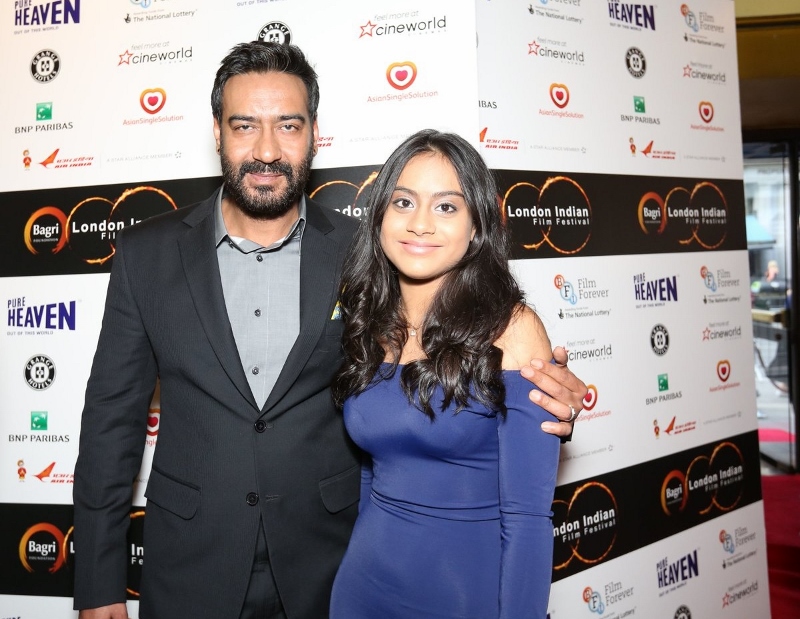 The father-daughter duo attended the LIFF opening night at Cineworld Cinemas. The 47-year-old “Drishyam” actor was dressed in a black suit and his daughter, who made her red carpet debut, looked pretty in a navy blue, off-shoulder dress.

“Empowering the girl child. Walking the red carpet with my power besides me. She’s my true strength #MyGirlMyStrength,” Devgn posted alongside a picture of his daughter from the red carpet.

In its seventh edition, London Indian Film Festival, which is known as the largest event of South Asian movies, will have film screenings across London and Birmingham. The festival runs until 24th July.