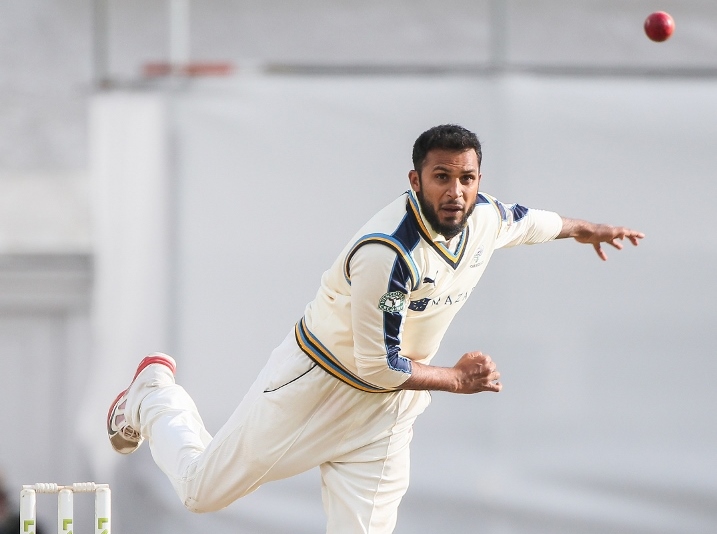 Yorkshire leg spinner Adil Rashid has put pen to paper on a new three-year-contract at the reigning County champions, keeping him at Headingley until the end of 2019.

The 28-year-old enjoyed a stellar 2015 – at both national and club level, making his international test debut in Abu Dhabi and picking up a league medal with Yorkshire.

He has represented the country in all three formats of the game over the past 12 months, which included a memorable five wicket haul against Pakistan.

Speaking of his new contract, Yorkshire’s Director of Cricket, Martyn Moxon, said it was a sign of real intent for the club.

“I’m thrilled that Adil has signed a contract extension,” he said.

“Adil is a special player across all three forms of the game and has had a memorable year in 2015, both in England and overseas.

“He has been a very important player for Yorkshire and has played a crucial part in our recent success.

“We look forward to seeing Adil continue to perform for Yorkshire and on the world stage.”

In county cricket, Bradfordian Rashid has proved time and time again that he can be a match-winner with both bat and ball.

Although he has long shown potential, his real breakthrough year came in 2013, when he sailed beyond 300 wickets and 4,000 runs in first-class cricket.

The following year he starred for Yorkshire in their first of back-to-back championship titles, before being rewarded for his fine form with England honours under new coach Trevor Bayliss in 2015.

Rounding off 2015 in style, Rashid finished as top wicket-taker in the renowned Big Bash whilst playing for the Adelaide Strikers.

Speaking after signing his new deal with Yorkshire, he said he was thrilled to be committing his future to his hometown club.

“I’m delighted to sign a contract extension with Yorkshire,” he said. “The last year has been great for me after winning the Championship, playing across all three formats for England and experiencing the Big Bash at Adelaide Strikers.

“I love representing my home county and I hope to win more silverware with Yorkshire in the years to come.”