Tube worker set to travel the globe in 80 ways

For most adventurers, flying around the world in an aeroplane would present enough of a challenge, but for Adam Sultan – named as one of the most inspiring adventurers of 2015 –  he believes taking to the air is far too easy.

The intrepid former Underground worker has made things even harder for himself. As he prepares to polish up his saddle and cycle around the world, he will peddle over the planet on a journey that will cover at least 46,000 unsupported miles.

On the 18th of June, he will set off from the London Olympic Velodrome, turning his pedals for the first time on a trip that may take up to five years to complete.

Adam has set himself a number of tough challenges to complete along the way, which he hopes will continue his mission of inspiring and helping others.

Physical challenges will include cycling the 2014 Tour de France route, a tough feat for even the most seasoned of riders; avoiding the ‘quick’ round the world route and instead heading through the great mountain ranges of the Himalayas, Andes, Alps, and Rockies, and continuing his #LifeYears challenge.

For 2015, he ran 15 marathons around the globe. This year his task involves doing at least 16 days where he pushes 100 miles or more on the bike.

Aside from the riding he’s also looking to participate in Citizen Science, hoping to feed information back to researchers that will help in the fields of astronomy, light pollution and conservation.

He’s committed to going ‘Around the World in Eighty Ways’ working in eighty different jobs, mainly voluntary, as he travels, to really immerse himself in different cultures and help where he can.

Furthermore he hopes to use his social media channels to tell the stories of those who don’t normally have a voice and raise money and awareness for charities working in the different countries he travels through, such as SEED Madagascar (www.madagascar.co.uk) a small London based charity who do humanitarian and conservation work in Madagascar, one of the poorest countries on the planet.

In this era of sensationalized adventures and adventurers, some may feel that a London Underground worker cycling round the world without trying to set a record or a ‘first’ isn’t exciting news, but Adam’s trip harks back to an older era where adventure wasn’t just about pushing your body to the limits, but was about exploration, meeting new people and discovering the world around you by immersing yourself in it.

Adam hopes this will be the legacy of his trip and that people will feel this is just as worthy as a record breaking ride.

He said: “As much as I admire and respect many of today’s modern adventures, I hope my trip shows people that sometimes we need to slow down a bit and not just rush into a place, take some photos and shoot off again having ticked a list.

“ I hope it inspires people to get to really know new environments and the people in them and if needed lend a helping hand.” 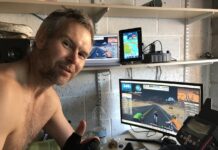 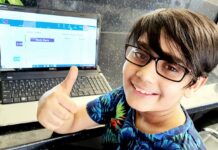 ‘Constructing’ a future for refugees: Empowering Communities call on fundraisers to...