A football-mad Leicester City fan is doing all he can to ‘drive’ his favourite club forward, and his latest set of wheels are already becoming the talk of the town.

After their miraculous Premier League title victory, Foxes fans up and down the country rejoiced in the streets to mark the team’s first top division title in their 132-year history.

Shirt sales went through the roof as the Cinderella story came to fruition, with the 5,000-1 outsiders stealing the silverware with a game to spare.

For lifelong fan, Jake Caratella, it was such a momentous occasion that he decided to share his love of the team by decorating his impressive 1975 Rolls Royce in the colours of Ranieri’s men.

“The idea just came to me one night,” he said. “I have a nice rolls Royce, so I thought I’d do it up in the Leicester colours and be proud of the team that has done so much for the city this season.”

On the night that Leicester were confirmed as champions, 56-year-old Jake paid for the overnight detailing job to be carried out on his car, ready for the following day’s victory parades.

“I had to pay double the money to get the job done so quickly. They worked overnight on the car so it was ready for the next day celebrations,” he added.

Arriving in Leicester from Malawi in 1975 at the age of 15, Jake is now a fully fledged foxes fan.

Due to health problems, he says he has been unable to commit to a season ticket at the club but tries to show his support in whatever way he can.

“The car was my way of showing my support for the team,” Jake said. “I’m extremely happy with it.

“The response has been incredible. Fans have been coming to touch the car, they have been kissing it and people have been shaking my hands and thanking me. It feels great to be part of the celebrations.”

He continued: “I have friends in Greece, Italy and India who have seen the car on the news around the world.”

The Rolls Royce has a market value today of around £20,000 and is one of the car enthusiast’s favourite vehicles.

Jake has been quoted £3,000 to remove the vinyl from his precious motor, yet he has no plans of doing anything like that for a long time yet.

“I caused traffic jams the first time I went out in the car after the title win,” he said. “People have asked about using it for weddings and all sorts of celebrations.

“I certainly won’t be changing it back for a while. Maybe never.” 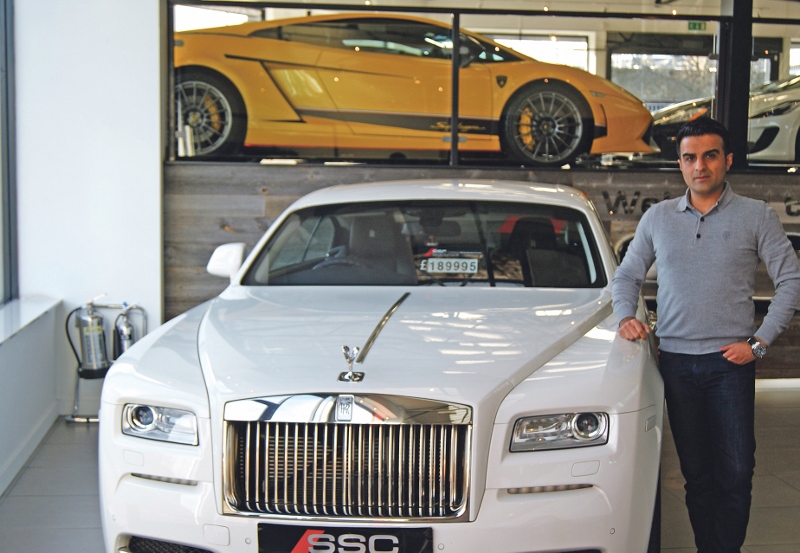