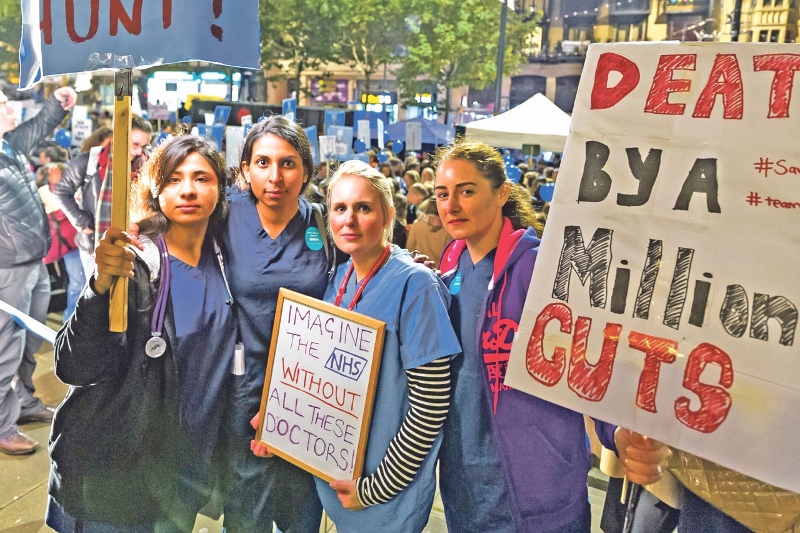 In what has been seen as the most bitter, destabilising conflict the NHS has ever seen, the dispute that arose over 300 days ago when the government proposed the junior doctor’s contract has seen fresh “intensive” talks.

Junior doctor’s leader Dr Johann Malawana told the BMA’s junior doctors conference that no agreement has yet been reached but said a more conciliatory tone had been struck.

He told the conference in London: “Our attitude in these negotiations has been not to trade grievances but to resolve them.

“Our aim has been to rediscover the common ground that is so great but so easily neglected – the shared interest of everyone in the health service to improve care for our patients.

“The temptation has been to relive the resentments, which are many, but instead we have tried to rediscover the opportunities.”

However, he reiterated criticisms of proposed changes to junior doctors’ contracts which he warned would leave services and doctors dangerously overstretched.

He warned many junior doctors were leaving Britain to move overseas because of the proposed changes, which saw the first-ever all-out strike in NHS history.

He said: “We have been arguing for 300 days about issues which have damaged junior doctors’ morale and the quality of patient care for much longer than that, and would continue to do so.

“It’s not the 300 days, but these days that matter now. We’re talking. They’re listening. We’re listening too.

“If this were a movie, I’d now pull out a large envelope with the word ‘deal’ written on it. We’re not there, and I can’t even add the word ‘yet’ to the end of that sentence.”

But he was more optimistic and the talks have seen a new “spirit of constructive engagement” emerge.

Signalling their commitment to the talks, he added: “Now that we’re talking, let’s keep talking.”

Chairman of the arbitration service Acas, Sir Brendan Barber, said: “Both parties have committed themselves over the whole of this week to highly intensive negotiations in an effort to resolve this long running dispute.

“The talks have been conducted in a constructive and positive atmosphere. In my judgment some real progress has been made to address outstanding issues.

“I reached the view, however, in the last 24 hours that a limited amount of additional time would be needed to give the process a chance of reaching a successful conclusion.”

There are hopes on both sides that a final agreement can be reached that deals with the crucial issue of Saturday pay.

The BMA has said any deal would need to be put before junior doctors in a ballot, though that is expected to take several weeks.

If the talks fail, the Government has indicated it will push ahead with the imposition of the contract.

What medical students at University of Manchester think…

I support the junior doctors in their efforts to oppose the unfair contract that the government is trying to force upon them. As a reality which is only a few years away for us as Medical students I hope a safer agreement is reached so patient care is not compromised – Unnamed, Studying Medicine at University of Manchester

The doctors have a right to strike if they have good reason to believe they are being treated unfairly and patient care is compromised – Dev Parekh, studying Physics at University of Manchester

The proposed contract makes me worried about stretching the junior doctors too thin, and the adverse effect this will have on patient safety. #notsafenotfair – Hamza Akhtar, studying Medicine at University of Manchester

What’s the junior doctors’ row about?

The dispute doesn’t just involve new doctors. The term junior doctor is misleading – it covers medics who have just graduated from medical school through to those who have more than a decade of experience on the front line.

Ministers drew up plans to change the contract in 2012, but talks broke down in 2014.

They restarted at the end of last year at the conciliation service Acas but a deal could not be reached and so ministers announced in February they would be imposing the contract from this summer.

The starting salary for a junior doctor is currently just under £23,000 a year, but with extra payments for things such as unsociable hours, this can quite easily top £30,000.

In total, there are 55,000 junior doctors in England – representing a third of the medical workforce. The BMA has just over 37,700 members.

Under the new proposed contract basic pay is to be increased by 13.5% on average. But that comes at a price: other elements of the pay package are to be curbed, including what constitutes unsociable hours.

Day hours on a Saturday will be paid at a normal rate, while extra premiums that are being offered for night and the rest of the weekend are lower than what is currently paid.

Guaranteed pay increases linked to time in the job are also to be scrapped and replaced with a system linked to progression through set training stages, so some doctors find their pay will go up more slowly during their time as a junior medic.

The changes have partly been designed to make it cheaper to roster extra doctors on at weekends.

Therefore, medics are likely to find they are working more weekends, which, under the existing contract, would have led to extra pay.

New doctors starting their career in the NHS under this contract may be worse off than they would have been if they started under the current deal.

Junior doctors already work weekends – in fact, they provide the bulk of the medical staffing on Saturdays and Sundays.

One of the most contentious areas of the dispute is that due to being overworked death rates are higher at weekends.

The health secretary Jeremy Hunt has argued that he wants to improve care on Saturdays and Sundays because research shows patients are more likely to die if they are admitted on a weekend.

A study published by the British Medical Journal in September found those admitted on Saturdays had a 10% higher risk of death and on Sundays 15% higher compared with Wednesdays.

The dispute over the contract is an England-only issue.

Scotland and Wales have both said they will be sticking to their existing contracts, while Northern Ireland has yet to make a decision.

This is largely because they do not have the pressures on costs in terms of seven-day services. 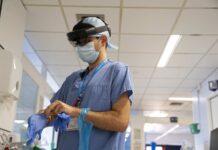 COVID: The country is “back in the eye of the storm” NHS boss warns