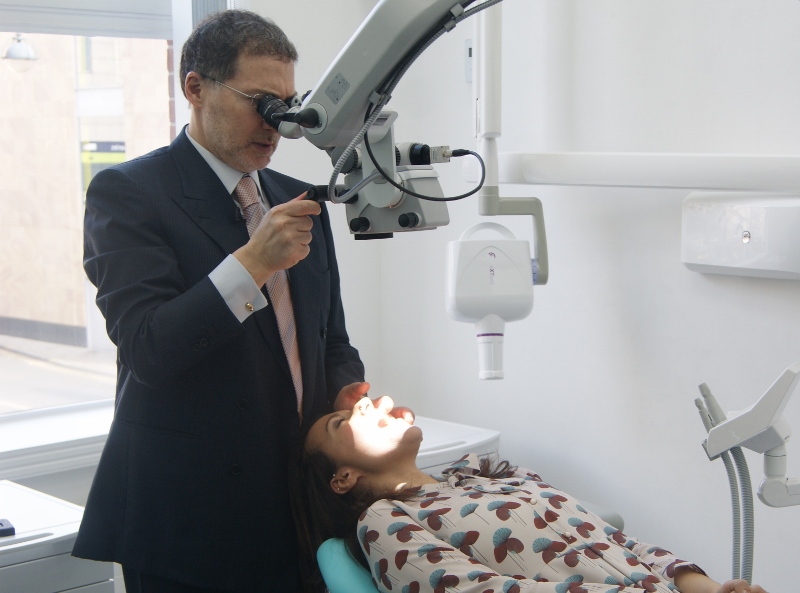 The British Dental Health Foundation says 80 per cent of the UK population have periodontal disease where the tissue around the teeth becomes inflamed, which can cause shrinking of the gums and loosening of the teeth.

Six million people suffer from the most severe form but for the first time a cure has been developed.

Lead researcher and clinician, Doctor Francesco Martelli says: “Currently periodontal disease is managed rather than treated. Existing methods are ineffective for wiping out the disease and long term treatment often results in the unnecessary removal of teeth.

“We have developed a treatment that can eradicate the pathogens permanently. PERIOBLAST is a breakthrough that gives patients the chance to save their teeth, regenerate bone and ultimately be pain free.”

What makes PERIOBLAST even better? It is available for the first time, right here in Leeds at the Boar Lane-based IMI Clinic.

There is increasing evidence supporting the link between the presence of pathogenic bacteria in periodontal lesions and several associated health issues such as cardiovascular disease, diabetes, rheumatoid arthritis, infertility, pre-term birth, underweight new-borns, and diseases like Parkinson’s, Alzheimer’s and dementia.

“As a medical and dental trained physician, I believe in and am dedicated to re-establishing the link between medicine and dentistry,” Dr Martelli continued.

“The NHS must consider the associated diseases and problems that can occur also as a result of poor oral health, and more specifically – periodontal disease.”

Each patient underwent at least four sessions of laser treatment which was considered the minimum number of sessions required to create a stable microbiological shift in their oral eco-system.

In summary 100 per cent of all cases were found to produce a significant and lasting improvement when treated with PERIOBLAST.

The 24-month follow-up confirms PERIOBLAST is consistently effective in restoring long-term periodontal health in patients, no matter the form of the disease (aggressive or chronic).

Dr Martelli added; “Now that PERIOBLAST is available there is no reason for anyone in the UK to suffer tooth loss, no matter their age, gender or lifestyle.

“Periodontal disease is much more than an oral health problem, it’s an overall health time bomb.”

For more information about PERIOBLAST in Leeds, visit www.imiclinic.co.uk/mdoc/periodontitis-treatment-leeds or call in to the IMI Clinic.

Say ‘I love you’ with Hasan’s

BLACKS SOLICITORS: Tales from the Riverbank: Adverse Possession by Boat