Cannabis growers have been hit for six in Wakefield after hundreds of plants were seized in raids in the city.

Enquiries remain ongoing by the Wakefield District Police after officers seized over 330 cannabis plants following operations in the city centre, on Thursday.

It is estimated cannabis produced by the plants would have been worth tens of thousands of pounds in today’s market.

Officers from the Wakefield Neighbourhood Policing Team and Protective Services Crime executed warrants at two houses on Benjamin Street and at another house on Balne Avenue, Wakefield on Thursday 3rd March.

Plants were recovered from all three properties, one of which was set up as a full cannabis farm which had plants in all three levels of the house.

The raids were part of ongoing work by Wakefield officers to tackle and disrupt cannabis production in the city following a series of operations last year.

In 2015, officers seized thousands of plants from locations including a former business premises in Kirkgate and a huge industrial unit in Horbury.

Police seized over 2,000 plants from the building on Engine Lane, Horbury in June 2015.

Inspector Mark Chamberlain of the Wakefield District NPT, said: “We are continuing enquiries into these latest significant seizures which have seen us remove tens of thousands of pounds worth of cannabis from the streets of Wakefield.

“The raids came as a result of intelligence supplied to police and I can promise residents who contact us that we will not hesitate to act on information about these sort of operations.

“An awful lot of work has been and remains ongoing to disrupt cannabis production and I would ask anyone who has information about drug crime in the city to contact Wakefield District NPT on 101 or Crimestoppers anonymously on 0800 555 111.”

All three have now been bailed pending continuing enquiries. 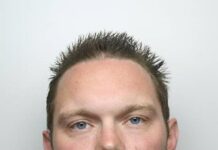 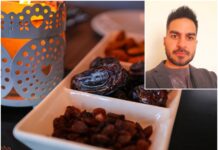 My wife put a short sweet post up about Ramadan…