Face of fashion empowers all to embrace natural beauty

An anti-bullying activist and body confidence promoter says the ‘jokes are on the bullies’ after living out her dream and modelling on a catwalk last weekend.

Harnaam Kaur, from Slough, has suffered from a condition called polycystic ovary syndrome since she was a young girl, causing her to grow excess facial hair.

After years of attempting to hide the hair in her youth, which involved up to three waxes a week, the 25-year-old now embraces her ‘natural look’ and is a campaigner for others to do the same.

Last week, Harnaam opened for the Marianna Harutunian Royal Fashion Day show, taking to the catwalk in a blue sleeveless dress above the knee, black ankle boots and her traditional Sikh turban.

Writing on Instagram following the show, the inspirational model said it was a day she never thought would happen when growing up.

“I always wanted to be like the pretty models, so I remember copying the way they posed and walked. I grew up being told I was to [sic] fat, ugly, and disgusting to even model… I used to look at models and tell myself that I will never ever be able to do what they are doing.

“I am not pretty enough or beautiful enough and I don’t have the ‘right’ body type.”

She continued: “I was laughed at when I said I wanted to model. Jokes on my bullies.

“I was lucky enough to walk for @mariannaharutunian as the first bearded lady to walk for a celebrity jewellery designer.

“I was humbled to be the first model to walk and open the show for #royalfashionday with the portrait of the legendary #davidbowie looking down on me.”

Are you female and hirsute? Well, just follow suit. 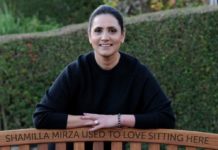 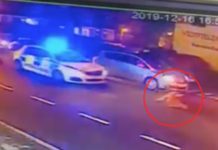 LILYCROFT ROAD INCIDENT: This is the moment a 61-year-old female pedestrian is hit by police car

‘Give a Girl a Future’: British Asian Trust launches appeal at...

“Yes, I am plus size”: British woman showcases her curves at...