Whilst most university graduates leave education with student loan debts that top tens of thousands of pounds, one teenager from Dewsbury has already paid off his fees – and he’s only 15.

Mohammed Ali, who is still studying for his GCSEs at Batley Grammar School, is a web whizz whose website-building company has accumulated an impressive stream of money into his bank account.

After launching his own business, Flaming Sites, when he was just 12-years-old, he has quickly grown the mini company into a thriving operation, with clients across the UK.

Learning all his skills from tutorials online, it has been a self-motivated journey for Mohammed and one he says he is proud to have accomplished.

“Since the age of six, I have always had an interest in computers,” he explained.

“I remember being little and seeing Bill Gates on the TV, always doing something new with computers and getting money for it.

“I thought I should do it too so I started watching videos on YouTube to see how to build websites. It all started from there really.”

He added: “When I first started, my mum and dad used to always ask why I’m always working away in my room. Now they don’t mind. It’s definitely paid off.”

Since his first website went live, Mohammed has been approached by a number of clients to build similar sites.

Despite still being in secondary education, he has raised enough funds through his hobby-turned-work to pay off his university fees, and plans on doing just that.

“I want to study computer science at university and am in a fortunate position now to pay off my fees,” he said.

“That will hopefully give me a good place to start with a business when I graduate. I will have no debts and can then grow faster.”

Mohammed is currently working on a currency app, World Currency Gold Rates, using maths and Java language, for a client in London.

Aside from his talent for building websites, Mohammed has also created an online game previously called Project 2006, which attracted up to 200 users daily.

Played by people worldwide and eventually co-managed by a partner in the Netherlands, the game is just another string to Mohammed’s bow.

You can keep up to date with Mohammed by following him on Twitter at @modali. 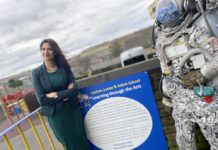 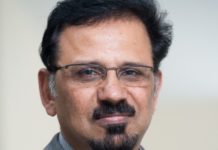 Fighting for Gaza: Bringing communities together through boxing