The head of the Catholic Church, Pope Francis, has called for the worldwide eradication of the death penalty in his latest public speech.

Speaking on Sunday, he reinforced his wish to stop executions with the commandment ‘You shall not kill’, explaining that it was an absolute and referred to the guilty as well as the innocent.

He called on Catholic politicians worldwide to make ‘a courageous and exemplary gesture’ by stopping executions during the Church’s current Holy Year, which ends in November.

Addressing thousands of people in St. Peter’s Square he used some of his strongest words ever against capital punishment when he said: “I appeal to the consciences of those who govern to reach an international consensus to abolish the death penalty.”

He told the crowd: “The commandment ‘You shall not kill’ has absolute value and applies to both the innocent and the guilty.”

For centuries, the 1.2 billion-member Catholic Church allowed the death penalty in extreme cases but the ideology began to change under the late Pope John Paul, who died in 2005.

Since his election as pope nearly three years ago, Francis has visited a number of jails. His latest visit was in Mexico last week, where he called for improved prison conditions.

The pope said: “All [people] are called on to work not only for the abolition of the death penalty, but also to improve prison conditions so that they respect the human dignity of people who have been deprived of their freedom.” 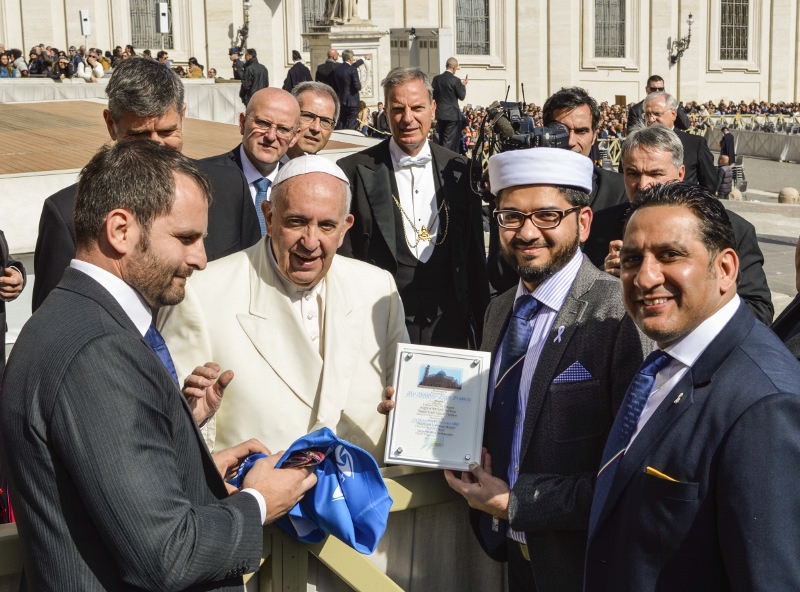 Two pillars of the community travel from Leeds to the Vatican

Two pillars of the community travel from Leeds to the Vatican