A Pakistani airline will commence a new service between Manchester Airport and Islamabad next month, in aeroplanes that have 326 seats and fares that start from £540.

The Pakistani airline, called Shaheen Air, will offer three services a week to Benazir Bhutto International Airport from 15th March 2016 with A330-200 aircraft.

Raza Channa, UK Country Manager from Shaheen Air said: “We are proud to announce the return of Shaheen Air to the UK by launching direct flights between Manchester and Islamabad.

“We are pleased to offer a fantastic service at the lowest fare and maximum baggage allowance of two piece 60kgs.”

Stephen Turner, Commercial Director for Manchester Airport, said: “I’m delighted that Manchester Airport has been chosen by Shaheen Air as they resume flights into the UK. Islamabad continues to be a popular destination with the 22 million people across our catchment area and this new service will provide them with additional choice for reaching the city, and also connecting around Pakistan, with Shaheen’s extensive network.”

Currently Shaheen Air serves 13 international and seven domestic destinations, and has plans to operate flights to Copenhagen, Oslo, Milan, Shanghai, Kuala Lumpur and Bangkok in the near future.

Manchester Airport is the UK’s third largest with over 210 destinations served by 70 plus airlines. It has in excess of 23m annual passengers. 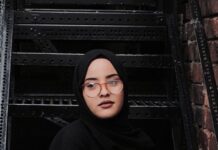