Criminal who set deliberate fire is still on the loose

The family of a man murdered on Christmas Day have made an emotional appeal for information and witnesses to come forward and assist detectives with their investigation.

Harbhajan Singh Rooprai, 60, died at his home in Forest Gate following a fire, which detectives believe was started deliberately.

Police were called at approximately 5am on Friday 25th December, to reports of a fire at a house in Field Road, East London.

Officers and the London Fire Brigade rushed to the emergency and discovered the body of Harbhajan. He was pronounced dead at the scene.

A post-mortem examination held at East Ham Mortuary on 28th December gave the preliminary cause of death as burns and inhalation of fire fumes.

A murder investigation has been launched under Detective Chief Inspector Steve McCabe of the Homicide and Major Crime Command.

DCI McCabe said: “Mr Rooprai’s family have been left devastated by what has happened and are struggling to come to terms with the loss.

“One person has already been charged in connection with the investigation, but is of paramount importance that we speak to all those that were in the vicinity of Field Road in the early hours of Christmas Day for us to establish the full circumstances.

“I am keen to hear from a number of people seen driving in the area shortly before the fire.

“I am particularly appealing to those within the local community, as I believe the answers lies with them as to why the home in Field Road was targeted. Any information, no matter how small, may just assist with our inquiry.”

Mr Rooprai’s cousin, Harjit Rooprai, said: “Words cannot express the pain and anguish our family and friends have endured since the heartless murder of our dear and loving uncle on Christmas Day.

“We have been left devastated by the inexcusable and sickening act of an arson attack in his home. The news of his unprovoked murder will haunt us and we are still in disbelief that a member of our family has been so cruelly snatched away from us.

“Known as ‘Bhajan’, he was a generous and thoughtful individual who always had a friendly smile on his face considering the many hardships he confronted throughout his life. Bhajan was very much loved by his family and friends all over England and across the world in India and Canada. 2016 would have been a memorable year for him as Bhajan was eagerly anticipating the wedding of his youngest daughter in India.

“Bhajan played an active role within the Sikh community at Ramgarhia Sikh Gurudwara where he thoroughly enjoyed spending his time looking after the elderly members of the congregant. He would carry out selfless service by making tea, serving langar and participating in night duty during religious programmes.

“Harbhajan was loved by many and will be missed dearly. As the murder investigation is ongoing, we would like to thank the community for their ongoing support and condolences.”

Anyone with information should contact detectives at the incident room on 020 8345 1570.

You can also give information by contacting Crimestoppers on 0800 555 111 if you do not want to give your name. 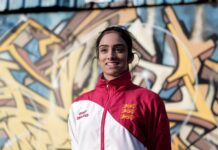