As Sergio Perez and Nico Hulkenberg prepare for another season with Force India, the team behind the scenes are continuing their search for new sponsors.

A potential deal with luxury car manufacturer, Aston Martin, had been touted previously in a three-way relationship alongside whiskey brand, Johnny Walker. It would represent the British car maker’s first appearance in the sport since the 1960s.

However, following comments from Aston Martin chief executive, Andy Palmer, this week, it seems any possibility of such a deal is now ‘improbable’.

“Everybody knows Aston Martin,” he said. “I have a job to do in terms of getting us back into the conversation amongst people that cross-shop sports cars, be it McLaren, be it Ferrari or Porsche. I need to be in that conversation.

“But to get into Formula One, that’s serious money that I don’t have.”

Force India’s co-owner and principal, Vijay Mallya, confirmed that time was running out for such a deal to take place ahead of the 2016 campaign.

“Obviously, if something is going to happen, it should happen before the start of next season because then one would have to think about the livery, the uniforms, team kit and so many other things,” he added. 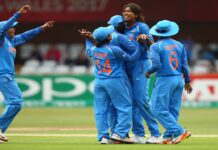