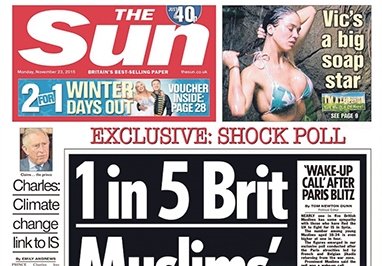 A pollster reveals what the survey questioned

The Sun newspaper came under intense scrutiny after publishing a front page news story ‘1 in 5 Brit Muslims’ sympathy for jihadis’.

The newspaper used the results of a survey conducted by the company Survation. Survation has since distanced itself from the article saying that The Sun misinterpreted the results.

One of the people who conducted the survey for Survation has published his account of the job. He talked about the uneasiness of doing it and the shock at how it was used by the The Sun

“I helped conduct the poll that UK tabloid paper The Sun splashed all over its front page on Monday under the inflammatory headline ‘1 in 5 Brit Muslims’ sympathy for jihadis.’

“I have done work for the market research agency behind the survey, Survation, on and off since March, and when I showed up to the office last week I was presented with a poll that seemed quite different from the usual.

“On our screen, it was called the ‘Muslim Poll.’ At first, I thought it looked interesting. After about 20 minutes, I began to feel strange about it.

“All of us who worked as Survation’s callers on the project were suspicious of the script, and the way the questions were framed, but we had no idea who the client was, or how the information would be used.

“I became more and more embarrassed about asking these questions. Many people we called refused to take part. But those who did agree to the survey were often very talkative. The poll itself only took a couple of minutes, but more often than not I was on the phone for ten minutes or more. One man kept me on the phone just short of half an hour.

“For any other poll, we are told to keep the phone calls as short as possible; for this particular poll, we were briefed and told to let the interviewee talk as much as they wanted to — due to it being a sensitive subject. Every single person I spoke to for more than five minutes condemned the terrorist attacks carried out in the name of Islam. Some wanted to do the survey primarily in order to show that — as a Muslim — they were disgusted and appalled by what had happened in Paris. These thoughts and feelings were lost in a small set of multiple-choice questions. The idea that one, badly worded poll can speak for complex and emotional topics such as identity and religion would be funny if it weren’t so damaging.

“In response to growing criticism over their methodology, Survation released a statement on Tuesday explaining that they chose the wording of the survey, not The Sun, but distanced themselves from The Sun’s interpretation of the results.

“The wording of the question on ‘sympathy with young Muslims who leave the UK to join fighters in Syria’ was not chosen by The Sun newspaper but was chosen by Survation in order to be completely comparable with previous work we have done, both among Muslims and non-Muslims and therefore enable meaningful and proper comparisons to be drawn.

“However, there is a distinction between the work we do and how clients chose to present this work. Survation do not support or endorse the way in which this poll’s findings have been interpreted. Neither the headline nor the body text of articles published were discussed with or approved by Survation prior to publication. For reference, our own coverage and analysis can be found here:

‘Furthermore, Survation categorically objects to the use of any of our findings by any group, as has happened elsewhere on social networks, to incite racial or religious tensions.’

None of the people I polled who responded to the question with the ‘some sympathy’ answer supported jihadis. One woman gave me thoughtful, considered answers to every question. She thought that David Cameron would probably be right to bomb Syria, and that Muslims did have a responsibility to condemn terrorist attacks carried out in the name of Islam. But she also had some sympathy with young British Muslims who joined fighters in Syria. ‘They’re brainwashed, I feel sorry for them,’ she said. And so I ticked the box, ‘I have some sympathy for young British Muslims who go to join fighters in Syria.’

“The front page of the Sun yesterday came as a nasty shock to me. Based on their statement, it may well have come as a shock to Survation, too.” 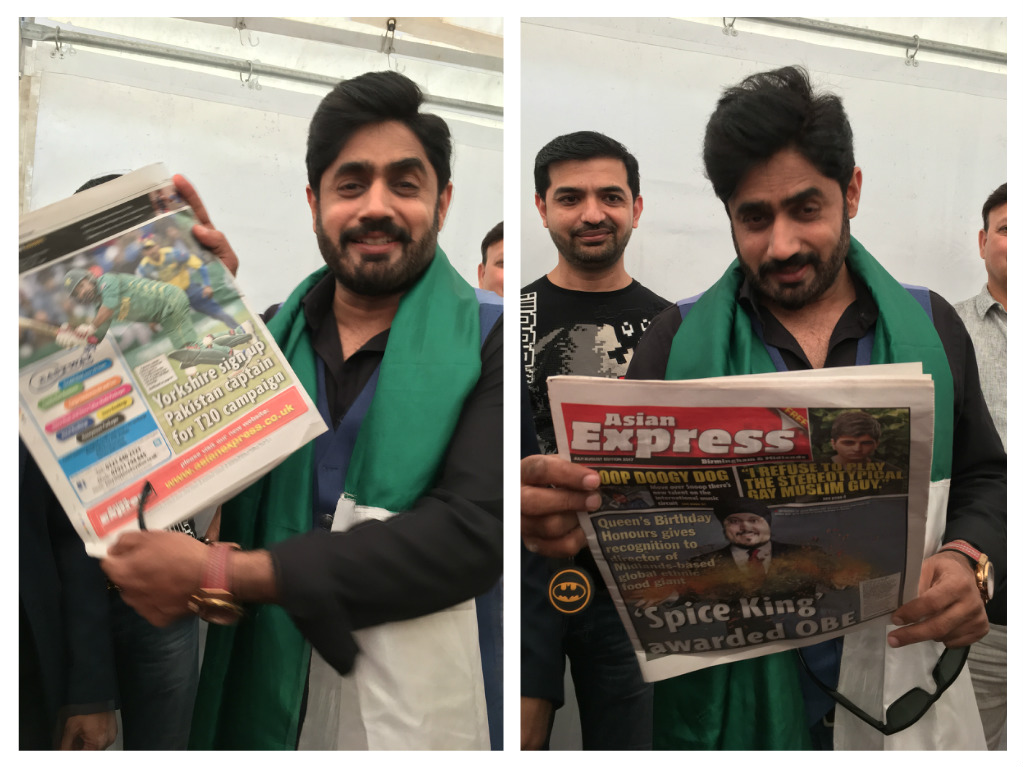 ABRAR-UL-HAQ: “I was in the process of buying a private jet…”

The Sun tabloid forced to apologise for ‘1 in 5 Muslims’...

“I helped conduct ‘The Sun’ newspaper’s poll on Muslims and was...