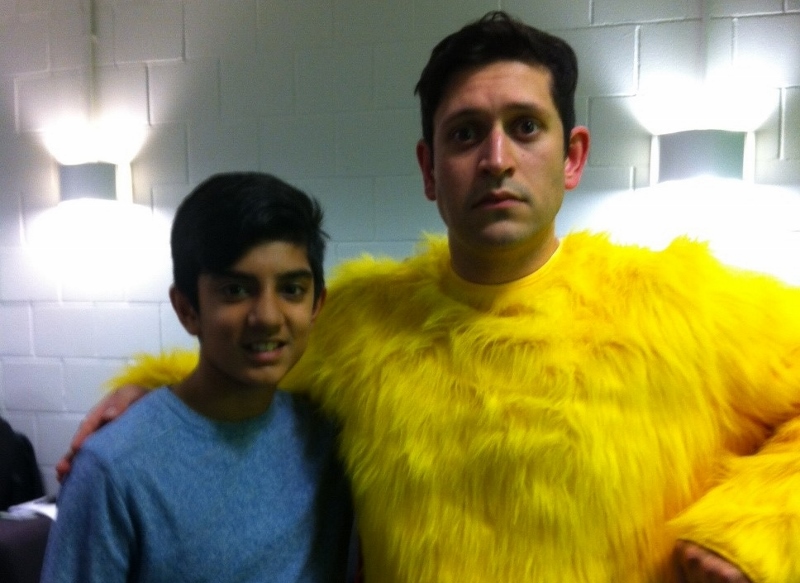 A Bradford teenager from Shipley has been scooped up by the BBC for their top British sitcom, Citizen Khan.

Ubayd Rehman, 13, has already had a string of successful acting roles in his short career, including his involvement in last year’s chilling BBC1 drama ‘Remember Me’, alongside Michael Palin.

Since then, he has continued brushing up his acting skills at Articulate Speech, Drama & Casting, based in Baildon.

Owner of the enterprise, Stacey Burrows said: “Earlier this year we were thrilled that Ubayd had aced yet another audition. Ubayd has a lot of natural talent, but constantly works very hard in his weekly drama lessons.

“I had the pleasure of being invited to watch Ubayd, amongst a packed audience, at the live recordings of the [Citizen Khan] show in Manchester. I couldn’t believe how entertaining he was. Ubayd and the rest of the cast had the audience in stitches.

“Ubayd’s comedy timing was perfect. His determination, intelligence and wit will take him far, and I certainly think we will be seeing more of him.”

Ubayd’s mum, Makdas Rehman added: “The auditions took place in the summer. The casting director was really pleased with him and he got the part.

“We went to London for location filming for one day in the summer holidays. Then he had a week filming the live show in Media City in Manchester. It was a really good experience for him.”

The days were long but that didn’t put off Ubayd’s enthusiasm.

Makdas continued: “It was a long day for Ubayd. He was acting from 9am until 7pm, but he had plenty of breaks.

“The crew were really supportive. They invited him to be a member of the audience – to see what it was like and to see what was expected of him. He also had the experience of observing rehearsals.”

When Ubayd got the role, he told his mum that it was ‘his dream job’.

The young acting ace played the part of Faraz, the nephew of the Khan’s, who comes to stay with the family when his parents went away on holiday.

“He obviously loves Citizen Khan,” said Makdas, “it was huge for him, personally.

“He was thrilled to meet Tyger Drew-Honey [from the BBC comedy ‘Outnumbered’] because he was in one of the episodes as well. We had some fantastic pictures taken with him.

“The producers at Citizen Khan also took special care of Ubayd. He got lots of freebies and presents. They were always playing board-games with him.

“He was the only child on the show so they made sure that he was never bored. They all joined in and made him feel part of the Khan family.”

Nina Wadia gets a shock with the latest news from Bradford...