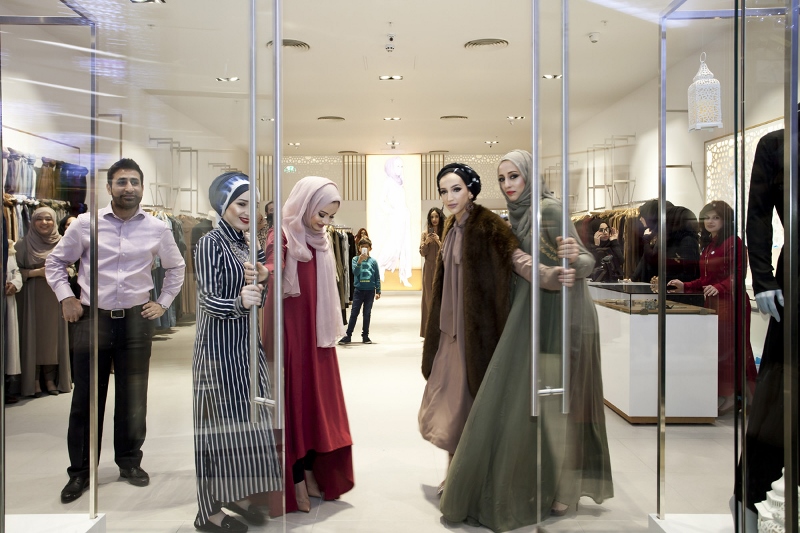 The UK’s leading modest clothing brand has unveiled its second store in front of thousands of shoppers.

London fashion house, Aab, opened its new boutique store at the latest Westfield shopping centre with a launch event that was attended by clients, stylists and some of the biggest bloggers in modest fashion and beauty

Nazmin Alim, founder and creative director of Aab, said the next step for the company was an international launch in Dubai or Malaysia alongside new UK stores in London and Birmingham

She said: “We are delighted to finally open the new store in The Broadway and our second UK store. It has been a fantastic journey to realise this ambition and the feedback has been amazing. We have been overwhelmed with the support we have received from our clients.

“This is a really nice way to round off the year as we look forward to our vision to grow the Aab brand. For 2016, our aim is to go where our client demand is strong and this includes an international store in Dubai or Malaysia and Indonesia.

“The UK continues to be at the heart of our retail strategy and we are in talks for new stores in London including concessions in department stores and cities such as Birmingham.”

The new shop was launched featuring some of the biggest names and bloggers in modest fashion, including Ruba Zai, Nabila Bee and LookaMillion who have over a million followers on social media between them.

The bloggers were on hand to give fashion and beauty style tips and posed for pictures with shoppers.

The Westfield Bradford store is a 2,500 sq ft retail centre fronted by an eight metre wide, double-height frameless glass front that features contemporary interior design, bespoke fixtures and subtle hints of the brand’s heritage. The design is inspired by the geometric patterns of the Alhambra Palace, in Granada.

The launch of the store means Aab becomes the first independent fashion label in its sector to open a store in a mainstream shopping centre.

Since its launch in 2007 through its online store www.aabcollection.com, Aab has quickly gained global recognition as one of the world’s leading modest fashion brands with a global client list.

Its full collection of products include everything from modest clothing; abayas, hijabs and accessories, with a customer base that includes the US, Canada, Europe, Malaysia, Indonesia and the Middle East.

Modest fashion is widely viewed as one of the hottest sectors around, with a number of designer brands entering the market that is valued in the billions.  The UK market alone has been estimated to be worth over £100 million.

H&M recently launched its first advert showing a Muslim model in a hijab, whilst British high-street department store House of Fraser started stocking ‘sporty hijabs’ in June of this year.

In recent years, designers such as Hermes, Aramis, and Estée Lauder have targeted this sector with exclusive collections inspired by the Middle East.

The £260 million Broadway shopping centre in Bradford is the largest in the country to open this year, with units taken up by flagship retailers such Marks & Spencer and Debenhams.

Aab opened its first store in the East Shopping Centre in London in March this year selling out its entire new Spring/Summer collection on the same day.

“I came to Britain with just £3 in my pocket”