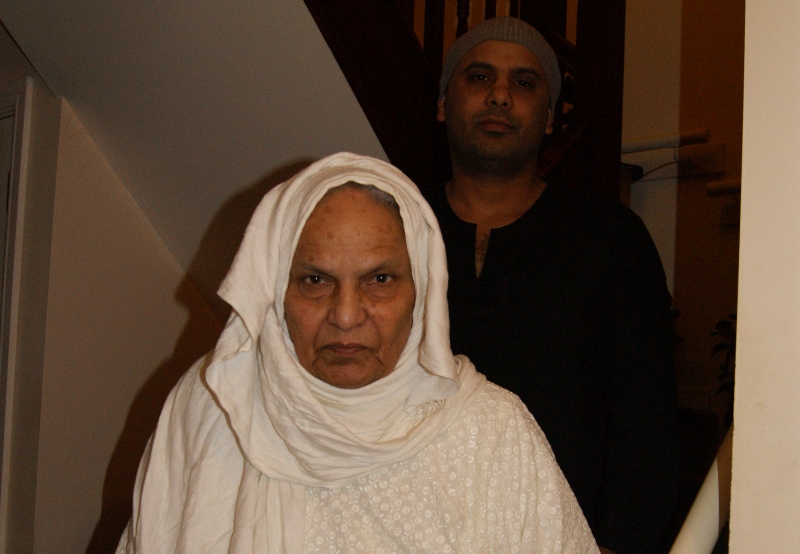 A full-time carer from Bradford claims he has become ‘invisible’ to the local authorities after seeing his claim for a stair-lift for his elderly mother turned down by the council.

Shazad Hussain, 33, from Undercliffe, says he needs the facilities in his three-storey home to allow his 82-year-old mother, Fateh Begum, to access the kitchen and living area.

As the stairs are steep, he fears she may fall if she attempts to go down them, as she is currently reliant on a walking stick in the home.

He said: “It is not the first time I have had a complaint about the local authority. I feel that, as a carer, my legal rights have once again being ignored and our needs have become invisible.

“My mum has not received any social care support since December 2013 and now they have turned down this latest request. They she does not fulfil the requirements but I do not think that is true.

“It is as if they would rather see her fall, so she becomes a problem for the NHS instead.”

Shazad has offered to pay for the stair-lift himself but his personal funds have been frozen for two years after he was the subject of a fraud investigation.

Despite never being charged or found guilty, his money remains ‘locked away’.

Shazad added that the council did agree to pay for the stair-lift, but it would only be fitted if he could use his unavailable funds, which is something he feels is unfair.

“I can’t do anything at the moment because I am so financially restricted,” he said.

“All I want is access to my money so I can pay for a stair-lift for my mum. Instead I am being told that the council will pay for it with my money. I do not understand. I am not a child asking for pocket money.”

Shazad says he has received a number of quotations for the installation of a stair-lift and would be happy to pay for it if he is given the funds from his account to do so.

However, if the council continue to insist on the provision of an invoice before they pay, he says he wants the local authority to fund it.

“If this is going to be a personal expense for me, I will pay it myself,” he said.

“If the council want an invoice, let them pay. They provide these facilities for other households and I have been victimised because of false charges in my past.”

According to the Bradford Council website ‘anyone living in (or caring for someone in) the Bradford Metropolitan District, who has a ‘permanent and substantial disability, and who has significant difficulties managing everyday tasks within the home’ can enquire about a disabled funds grant.