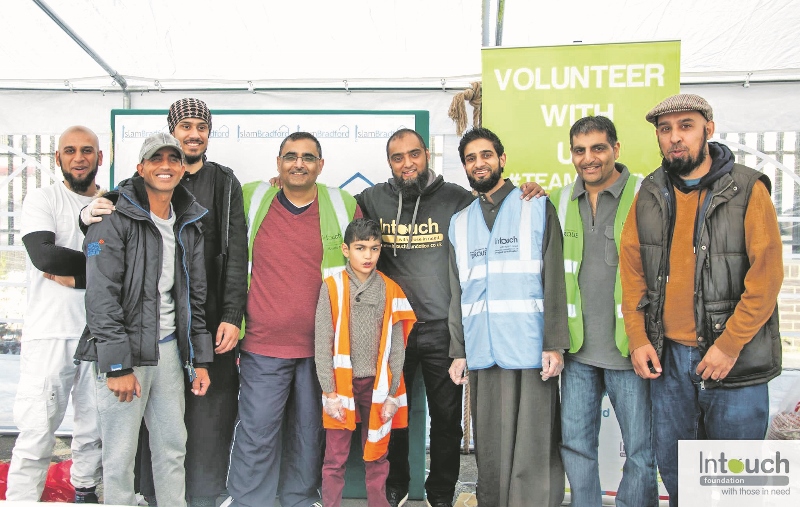 Two Bradford charities came together in a bid to ensure Muslims across the city had an Eid to remember last month as they distributed Qurbani meat to hundreds of individuals and families.

The InTouch Foundation and IslamBradford united for the project, which saw over 800kg of meat provided to the local community.

Aiming to serve as many diverse communities as possible, representatives from the city’s South Asian and East African communities turned out to receive over 800 packs of meat.

Osman Gondal, founder and board member of the InTouch Foundation, was on hand to distribute the meat on Sunday 27th September and said he could not have hoped for a better day.

“The event itself went really well,” he said. “We handed out 864 packs of meat to families and individuals meaning almost a tonne of meat was distributed.

“People from different backgrounds, including the local Syrian, Sudan, and Nigerian communities came down on the day and we were able to ensure they all had Qurbani to celebrate Eid.

“A huge thank you to all our volunteers, those who donated, and IslamBradford for helping to make this project possible.”

As well as handing over the bags of Qurbani, the two charities aimed to build cohesion between different cultures on the day.

Providing coffee and cake to those who came down, discussions about the charities’ works were also held with guests.

Osman added: “IslamBradford were generous enough to offer free refreshments at the site, to create more of a community atmosphere.

“We didn’t want people to think they were just to receive meat and leave, so by doing this we generated a more welcoming feel.

“The location of IslamBradford as well proved a big hit with visitors and we will be sure to build on this success for next year.”

He said: “It was amazing to share our Qurbani with our brothers and sisters from thousands of miles away. The smiles on their faces were priceless.”

Save Our Surgery! Hundreds turn out in protest of clinic’s possible...

Chicken shop owner flies to the rescue of a man trapped...