Home News Pakistan on way to be world’s fifth largest nuclear power by 2025? 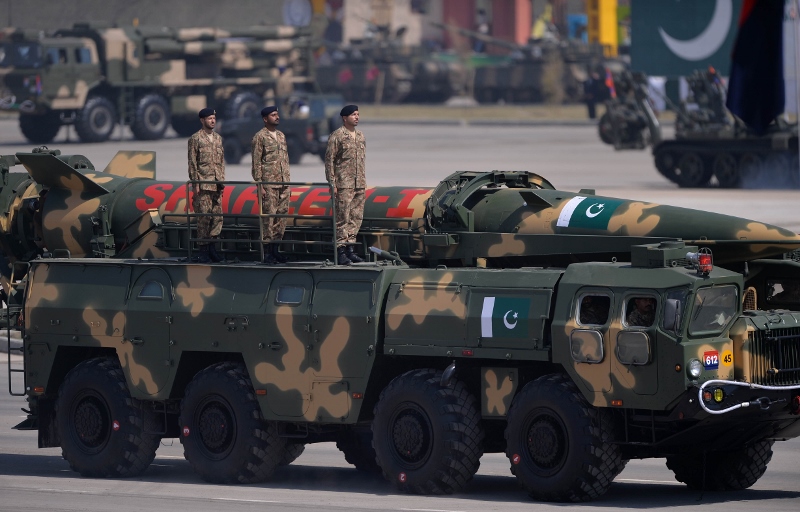 Based on Pakistan’s performance over the past 20 years and its current and anticipated weapons deployment, the authors of a US report estimate that its stockpile could realistically grow to 220 to 250 warheads by 2025.

Pakistan is on course to become the world’s fifth largest nuclear weapons state, according to a report by a top US think-tank, which estimated the country’s stockpile to increase to 250 warheads in a decade.

“Pakistan has a nuclear weapons stockpile of 110 to 130 warheads, an increase from an estimated 90 to 110 warheads in 2011,” said a report on ‘Pakistani nuclear forces 2015’ by the Bulletin of Atomic Scientists released during the ongoing visit of Pakistan Prime Minister Nawaz Sharif.

“With several delivery systems in development, four operating plutonium production reactors, and uranium facilities, the country’s stockpile will likely increase over the next 10 years, but by how much will depend on many things,” it said.

The report authored by Hans M Kristensen and Robert S Norris, however, said two key factors will be how many nuclear-capable launchers Pakistan plans to deploy, and how much India’s nuclear arsenal grows.

Based on Pakistan’s performance over the past 20 years and its current and anticipated weapons deployment, the authors estimate that its stockpile could realistically grow to 220 to 250 warheads by 2025, making it the world’s fifth largest nuclear weapon state, the report said.

According to the report, there are signs that Pakistan is developing a nuclear weapon probably a nuclear-capable cruise missile for deployment on submarines.

The government said that this command would be the “custodian of the nation’s second-strike capability” to “strengthen Pakistan’s policy of Credible Minimum Deterrence and ensure regional stability”.

PM under pressure to call independent public inquiry into 1984 Sikh...