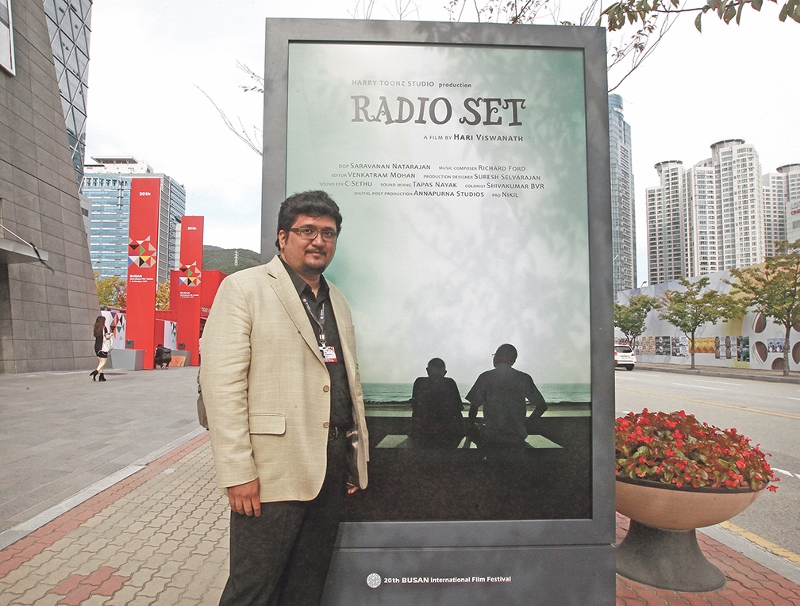 A film from outside Bollywood’s traditional trends, reflecting generational gaps in India was among the works showing new trends of Asian cinema at this year’s Busan International Film Festival.

Hari Viswanath, director of ‘Radio Set’, wanted to make a “realistic” Indian movie reflecting the current society, not the conventional Bollywood films of melodrama and dance.

Unlike many other Indian movies played at the festival, his work is in the Tamil language spoken in southern India. But Viswanath believes that the movie can resonate globally.

‘Radio Set’ shows an endearing old man, who, after losing his deeply attached old-style radio that he received from his late father, develops relationships with a neighboring kid, a colleague and an old man on the street.

While using some elements of fantasy, the work offers a glimpse into the current Indian society with generation gaps between a father and a son.

“I used to see an old man on the road who is partially deaf and alone. I used to wonder what made him isolated and why?” he said. “So once my friend and I were discussing about a hearing aid problem and each one of us were talking about our grandfather. That’s where I recollected the memories of my grandfather with his radio set.”

The 36-year-old said he represented a growing number of new Indian filmmakers who would like to show the world movies outside the Hindi-based Bollywood film industry that often feature surprise songs and dance scenes and heavy melodrama.

“There are, I would say, more newcomers, new generations of directors,” he said. These new Indian movies, such as his “Radio Set,” show what is “actually happening now” in India.

AJAY DEVGN: “This is a pension plan for all of us…”