The best ways for Calderdale Council to cater for refugees, fleeing from persecution in Syria, was a key topic discussed during a local cabinet meeting earlier this week.

The Council has pledged to welcome 50 Syrian refugees into the area as part of the Government’s scheme to resettle 20,000 people within the UK in the next five years.

This commitment will be reviewed in April 2016, if the refugee crisis continues.

On Monday 12th October, Cabinet were asked to confirm this decision, which will see Syrian refugees arrive in Calderdale over the next two years through the Vulnerable Persons Relocation Scheme.

The Government scheme will be initially funded from the Overseas Aid budget and will cover housing, health and school costs.

Leader of Calderdale Council, Cllr Tim Swift said: “Calderdale has a long history of providing a new start to people who have suffered the worst kinds of hardship and persecution around the world, including in recent months welcoming families from both Iraq and Afghanistan.

“Having seen the recent images of refugees fleeing the war in Syria we couldn’t fail to be moved by their plight and we’re determined as a Council to do all we can to give them the security of a new home here.

“Based on our past experience we’re planning to receive small family groups initially, on a quarterly basis, so that we can provide the support which they are likely to need as they begin to adapt to life in the UK.”

In recent days, Government officials have advised they will look to extend their initial support into a longer time period and Calderdale is working with other Councils to ensure that the funding provided meets the support needed.

The Cabinet team will look to commit £25,000 to support local key voluntary sector organisations, such as St Augustine’s Centre in Halifax, which provide vital support to local refugees and asylum seekers.

Work is also underway to investigate possible options for developing a hosting scheme within Calderdale, as many local residents have offered to host refugees within their own home.  Recommendations outlining a potential hosting scheme in Calderdale should be available by early 2016. 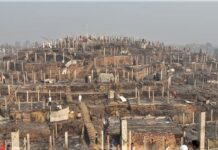 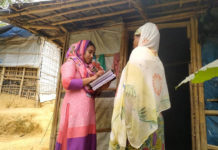