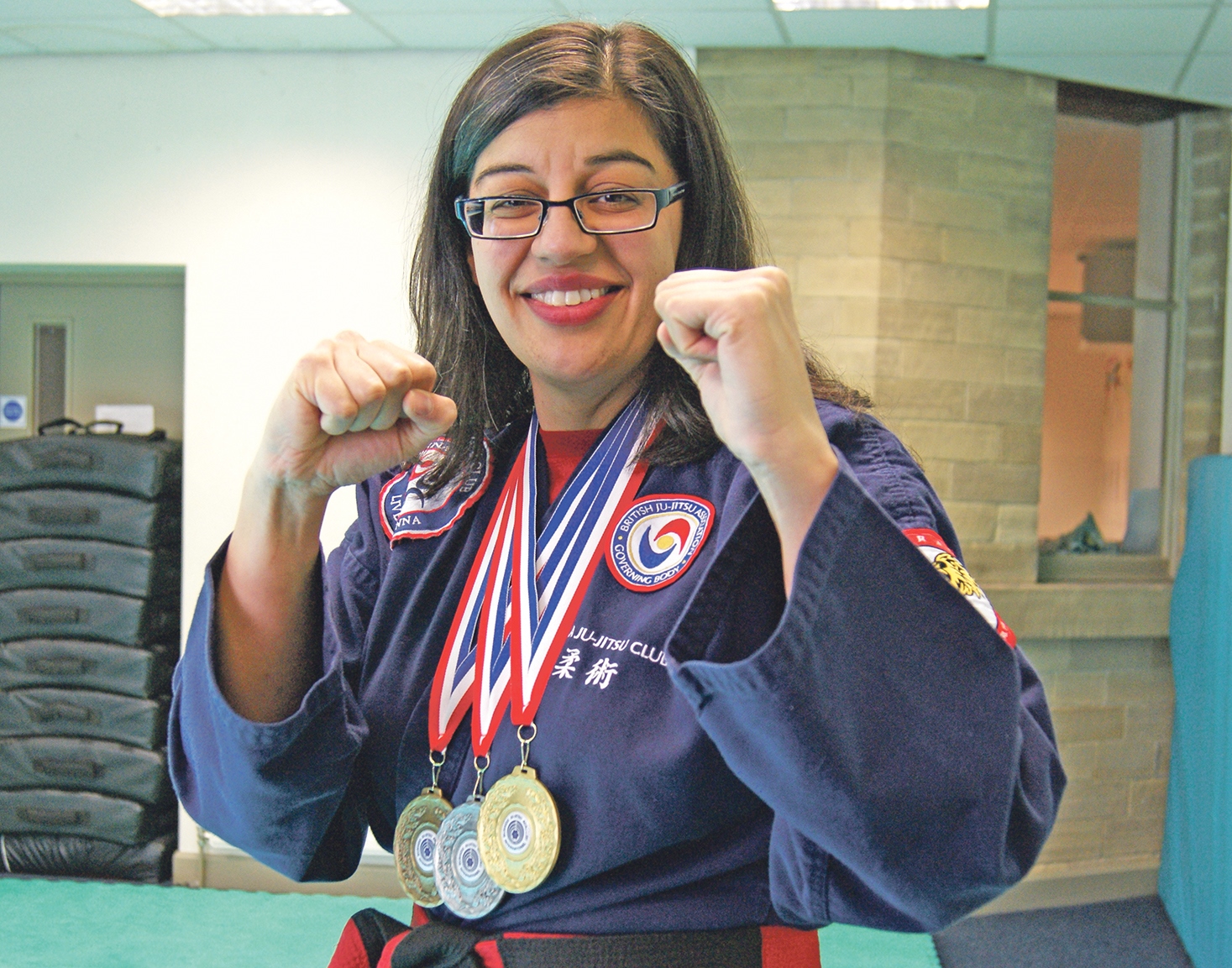 A martial arts club from Bradford are celebrating a huge medals haul this month after clinching 15 podium finishes in the renowned Bushido Academy Northern Championships.

Onna Ju-Jitsu club, based in Girlington, continue to go from strength-to-strength under the leadership of Sensei Mumtaz Khan, with over 400 members currently training throughout the week.

The Northern Championships, in Chester, proved to be a historic day for the club who claimed their highest tally of medals at one single event.

Mumtaz, who previously worked full time in a bank before electing to pursue a career in her true passion of Ju-Jitsu, said she was ‘extremely proud’ of her students’ efforts.

“To come away from such a big tournament with 15 medals is a fantastic achievement,” she said.

“Team Onna are not only selected on ability but attitude as well and every single student who competed in Chester was a credit to the club.

“Everyone gave their best and that is what we work hard to achieve. A special thanks must go to Sensei Babar Raheem and Sempei Adeeb Hussain who work so hard with the kids.”

Amongst the winners on the day was young 12-year-old Safa Zahid, who after confusion with the registration forms, eventually finished up competing in the boy’s division.

Despite being towered over by some opponents, the determined competitor secured her first ever medal as she earned Bronze with an amazing individual display.

Also picking up her first podium finish was Sensei Jabila, Progress Leader at St Bede’s and St Joseph’s Catholic Grammar School, who made a fantastic debut at the competitions as she secured a further Bronze medal in the Continuous Fighting category.

With success running through the club, Mumtaz also registered her first hat-trick of medals, taking away a full collection of Bronze, Silver and Gold.

“I would like to dedicate my hat-trick win to my late brother, Haqnawaz Khan – known as Andy, who passed away in August,” she added. “I remember being five-years-old and being bullied in a school playground and Andy jumped in to rescue me.

“He told me ‘I can’t be there to protect you all the time so you need to fight back’ and that is what I have done.”

Mumtaz’s passion for Ju-Jitsu has led to her training seven days a week with pupils of all ages and abilities.

Starting the club as a side project during her studies at university, Onna Ju-Jitsu is now one of the largest club’s in the region.

Last year, the outfit were named Satellite Club of the Year by Sport England, and were presented with their Gold award at the Houses of Parliament.

Now, with so much success under their belts, the future of the club looks ever brighter under the leadership of Mumtaz.

“The club is like a family to me,” Mumtaz added. “We look out for each other and it is more than just about Ju-Jitsu.

“I am so proud of every student who shows the right attitude in the sport because that is how you reach your full potential.

“I have the perfect job here and I wouldn’t trade it or any of my students for anything.”