A Dudley mum and her two daughters have been commended by West Midlands Police for helping to catch a ‘fleeing crook’ after being targeted by the same would-be robber.

55-year-old Fatima Baig and her daughters, Rozyena and Shamma, were in Dudley Road, Wolverhampton, in June last year when they spotted a cyclist breaking into their car.

Determined not to lose their possessions, the family intervened to stop the criminal, Americo Gambone, from Parkfields, as he attempted to cycle away.

28-year-old pharmacist Shamma – who was carrying her baby son at the time – and 25-year-old medical student Rozyena bravely blocked his path whilst Ms Baig stepped in to tackle the thief.

Despite finding Gambone armed with a knife, the family managed to recover both bags from the bike’s handlebars before he fled from the scene.

Thankfully, during the struggle Rozyena made a swift 999 call for police support – and minutes later Gambone was in handcuffs after a motorist who’d witnessed the struggle flagged down a passing patrol car and pointed out the crook to officers.

Sergeant Matt Cooper, said: “Even though the offender was much bigger than them, and struggled while threatening them with a knife, the women fought to get back their property.

“All three sustained minor injuries, along with the baby boy, and all should be commended for their bravery.”

Gambone was subsequently convicted of attempted robbery and sentenced to two-and-a-half years in prison. 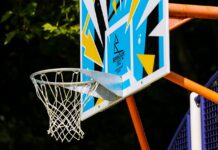